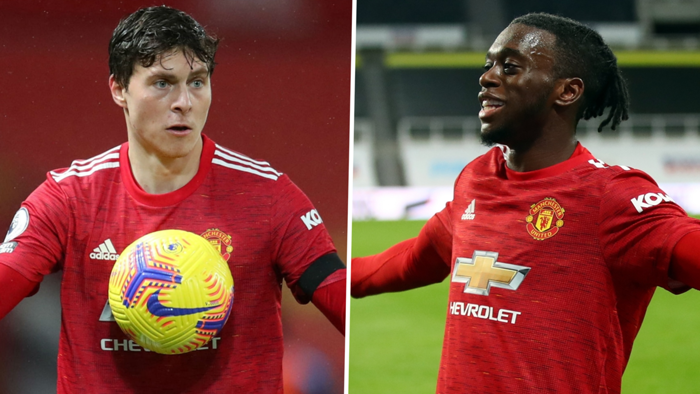 Manchester United manager Ole Gunnar Solskjaer did not want to "risk" Aaron Wan-Bissaka and Victor Lindelof after substituting both players with minor injuries during their Champions League win over Istanbul Basaksehir on Tuesday night.

Basaksehir pulled a goal back through Deniz Turuc's free kick and hit the bar as they improved in the second half, however Daniel James scored a late fourth for United after a counterattack to put deserved gloss on the scoreline for the Red Devils.

However, the win was tainted somewhat by minor injuries picked up by Lindelof and Wan-Bissaka, with Solskjaer revealing the Swedish central defenderhad a problem with his back, while the England right-back took a knock to the ankle.

Solskjaer thoughdoesn't believe they are anything serious, and both men should be fit for the Premier League game against Southampton this Sunday.

"Hopefully they'll be ready for the weekend," Solskjaer told BT Sport."It's ankle for Aaron and back for Victor. There was no point taking any more risks."

While Lindelof and Wan-Bissaka were unable to play the full 90 minutes on Tuesday, Donny van de Beek and Edinson Cavani were involved throughout and Solskjaer picked the two summer signings out for individual praise.

"The two are getting used to how we want them to play - Donny can play in different positions and Edinson is a good old-fashioned number nine and we haven't had that for a while and I was happy with how Anthony Martial played off the left," Solskjaer said.

The win on Tuesday night was key for United as they aim to reach the last 16 of the Champions League, and next week they face a crunch tie at home to Paris Saint-Germain before facing RB Leipzig away in the last game of Group H.