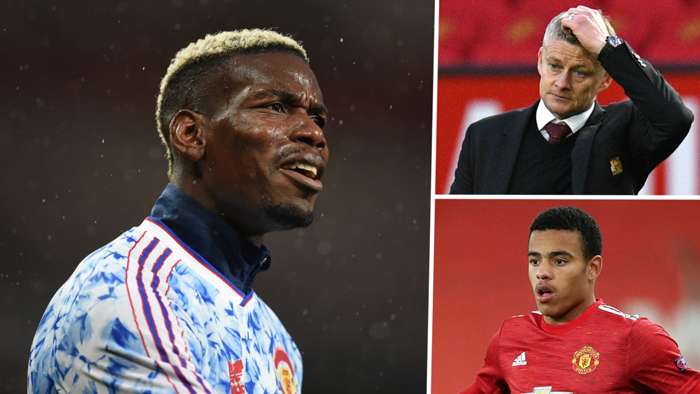 How do Manchester United get the best out of Paul Pogba?

It's been a question asked by so many at Old Trafford over the past few years.Encouragingly, Ole Gunnar Solskjaer might just have found an answer.

The Frenchman, for all his talent and ability, has had a difficult couple of seasons at United, with his fluctuating form punctuated by spells on the sidelines.

Pogba started the campaign looking slow and out of sorts and then added some inflammatory comments on a possible transfer to Real Madrid to the mix, which only prompted further speculation and debate over his future at the club.

Solskjaer, though, admitted he may have rushed the 27-year-old back too quickly after the midfielder contracted Covid-19 in August, resulting in Pogba being relegated to the bench for some games.

However, in his four outings since the international break, Pogba has proven sharp when called upon, and made a significant impact in last week's morale-boosting win at Paris Saint-Germain, providing the assist for Marcus Rashford’s winner at the Parc des Princes.

Solskjaer operated with a diamond in midfield that was spearheaded by summer signing Donny van de Beek, and it gave Pogba the freedom that he has been lacking in the previously favoured 4-2-3-1, which often sees him paired with Nemanja Matic in the engine room.

“Paul can do everything on a football pitch more or less," Solskjaer said ahead of Sunday's crunch Premier League clash with Arsenal. "He can play long passes, he can get in the box, he can play combinations outside the box, but he played really well against Leipzig, I have to say.

"We love to see him when he’s driving forward and affecting the game. With Paul having been injured for so long, and then being ill, it’s all about getting the fitness back for him now.

"He needs to recover his sharpness because the fitter Paul is, the more he can do for us."

Pogba’s preferred position, and where he excels, is on the left of midfield. Solskjaer's use of a diamond, therefore, offers United's most expensive ever signing the freedom to fully express himself.

Fred is far more adept at defensive duties than Pogba, so the Brazilian's deployment on the right-hand side means he is able to fall back alongside Matic when needed.

There is less need, then, for Pogba to drop deeper, meaning, in turn, that he can focus more on driving forward, as Solskjaer put it.

The benefits were there for all to see against Leipzig and best exemplified by his sublime assist for Mason Greenwood’s opener. Pogba was able to surge forward and played the teenager in with a perfectly weighted, defence-splitting pass.

Sunday's opponents are likely to prove more difficult to break down, as Arsenal are playing far more defensively of late under Mikel Arteta in the hope of hitting teams on the break.

Solskjaer, then, has some tough decisions to make as he tries to figure out which formation is more likely to earn United a first home league win of the season so far.

Of course, should Solskjaer stick with the midfield diamond, he would have to sacrifice one of his flying forwards, relegating either Greenwood, Marcus Rashford or Anthony Martial to the bench.

That might sound counter-productive, given how integral the trio were to United's surge during the second half of last season, but just look at the impact Rashford made as a substitute against Leipzig.

Players of such pace can run riot against tiring teams, so perhaps this weekend Greenwood or Martial could make a big difference off the bench.

The bottom line is that after bemoaning a lack of depth last term, Solskjaer can now hold potential game-changers in reserve.

“We are looking like a Man Utd squad,” the manager enthused. The challenge now, of course, is to make the most of the talent at his disposal, starting with Pogba.