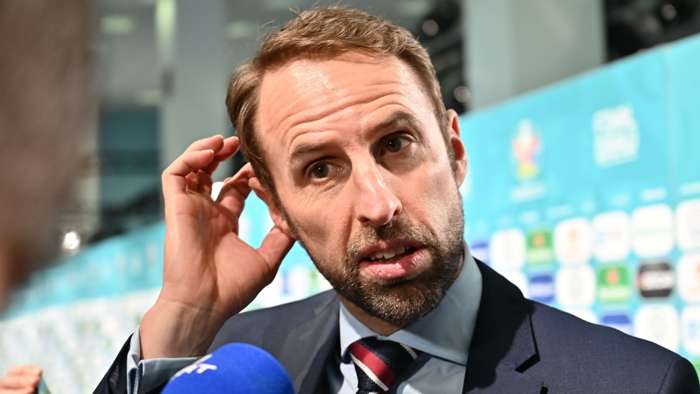 England manager Gareth Southgate has urged the Premier League to consider returning to five substitutions per game after a number of players suffered injuries during the international break.

Jurgen Klopp and Pep Guardiola have been leading the conversation on returning to five substitutes, with the Liverpool and Manchester City managers both in favour.

Clubs voted against the option to continue with five changes at the beginning of the 2020-21 season.

Some critics have claimed that allowing more changes in a game hands an advantage to bigger clubs, who can bring on higher-quality players from the bench.

Southgate, though, thinks the issue of player welfare has to be addressed before the situation deteriorates.

“We were able to make five changes against Belgium – we made four in the end – and clubs don’t have that option,” Southgate said.

“What will it take for that to change? There were a couple of less serious injuries against Belgium but what do we do? Wait until we get a load of really nasty ones?”

“I have to be fair to the club managers,” he said. “They are their players firstly, and they have the right to play them as they see fit. What we have got to do as a collective is to try to help the load.”

Southgate also added that measures have been taken to try and help players recover physically but he worries that if more isn’t done, things will only get worse.

Player fatigue has been exacerbated by the decision to add an extra match to the international break, with most sides playing three games when usually there would only be two.

“We could not have prepared physically any better than we did last week. We have given players extra days’ recovery. We have tapered the training appropriately and we have still ended up with a couple of injuries. So that is a worry in the longer term because with no winter break … something has to give.”