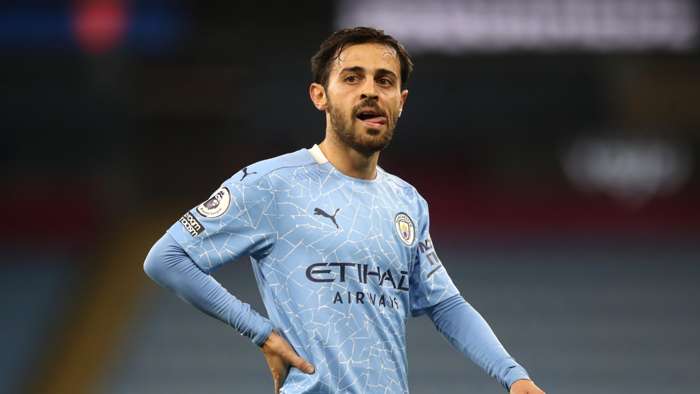 Manchester City star Bernardo Silva has called for changes to be made after the club's disappointing start to the new season .

While they began their latest Champions League campaign with a 3-1 win against Porto last week, City were held to a 1-1 draw with West Ham in the league on Saturday as their stuttering start continued.

Silva is used to much higher standards at the Etihad and believes City must mix things up if they are to remain competitive this season.

"The truth is that we haven't started the season well at all, we have to do a lot better than two Premier League games won out of five," Silva told L'Equipe .

"It's true that we had a lot of injuries, and players who get injured again and again. But that can't be an excuse with the team we have.

"I don't have a good explanation, we have to talk among ourselves in the team, with the coach, because if we want to win a title this season, something must be changed.

"We have the impression of a team that lacks punch, taking offensive responsibilities. All the teams know how to play. And we find ourselves against teams that do not want the ball, they are only waiting for the counter. At the start of the season, we didn't manage to be dangerous, to create a lot of chances, or to be effective."

Silva himself is yet to score or claim an assist across five appearances this season, with Guardiola recently backing the Portugal international to rediscover his best form .

The 26-year-old concedes his performances have dipped over the past year but he is ready to step up whether his side needs him moving forward.

"It turned out that it was not a very good season for us, and neither for me personally. We have a very complete squad, with a lot of world-class players and competition," Silva said.

"On the right, I have Riyad Mahrezand Ferran Torres, even Raheem Sterling. In the middle, I had David Silva, Ilkay Gundogan and Kevin De Bruyne. But of course I have to do better this season.