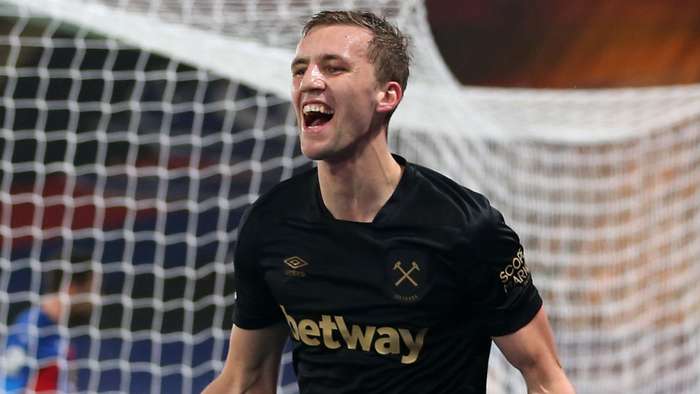 Tomas Soucek is being tipped to attract interest from Premier League heavyweights in upcoming transfer windows, with the West Ham midfielder’s former coach, Dusan Uhrin, backing him for big things.

Speculation regarding supposed interest from Bundesliga champions Bayern Munich in the Czech star has already surfaced, although there is considered to be little substance to those reports.

Uhrin doubts that the 25-year-old, who has eight goals to his name this season, will be targeted by the German giants, but he can see leading sides in England lining up to make a move.

Uhrin, who worked with Soucek at Slavia Prague, has told BBC Sport: “He is constantly improving, so why not? Who scores eight goals from his position? I wouldn't expect a transfer to Bayern, but rather a team in England.”

The 78-year-oldadded on his initial impressions of a player who stepped out of the academy ranks at Slavia after being snubbed elsewhere: “He didn't have good passing. Also, it didn't look very good when he was running. That might have been the reason why coaches didn't want him.

“But he was great in improving himself and working hard in training. He progressed really quickly, took responsibility and remained a great boy. You had to get used to watching him because at first glance he looked slow.”

The Czech Republic international has become a key part of David Moyes’ plans at the London Stadium.

He managed just three goals during a season-long loan in 2019-20, but has added greater end product to his game in the current campaign.

Those efforts have proved priceless to the Hammers as they seek to chase down a European qualification spot in the Premier League.

Soucek’s eight goals have contributed to the collection of 14 points by the Hammers, with only three playersin the English top-flight able to better that return.