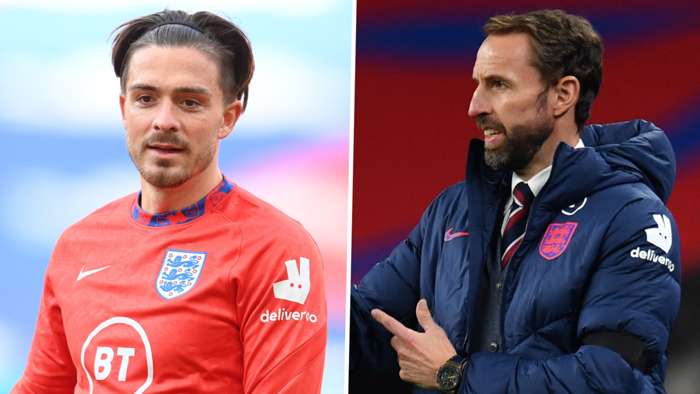 Jack Grealish insisted he's happy with role in England's current set-up and that Gareth Southgate has "been brilliant" with him over the last few months after his star turn against the Republic of Ireland.

The midfielder has found himself behind Chelsea's Mason Mount in the squad pecking order, despite the fact he has enjoyed a hugely impressive start to the new Premier League season at Aston Villa.

However, Southgate opted to name both men in his starting line up against Ireland at Wembley on Thursday night, with England eventually running out 3-0 winnersthanks to goals from Harry Maguire, Jadon Sancho and Dominic Calvert-Lewin.

Grealish provided the assist for Sancho to give the hosts a two-goal lead heading in at the break, and produced another fine all-round performance after being deployed on the left of a front three.

The 25-year-old could now be in line for his first competitive outing for the Three Lions when they resume their latest Nations' League campaign with another clash against Belgium on Sunday, and he is eager to continue proving to his manager that he can deliver on the international stage.

The Villa star told reporters post-match of his strong relationship with Southgate and how much he is learning from the rest of his England team-mates.

"It was good to get my second start. I thought we controlled the game well and obviously, it is nice to get the win," Grealish said.

"It is what I have been trying to do this season, trying to score more. I got the assist for Jadon and I am happy with that. I could have scored and assisted a couple more but hopefully, I will save those ones.

"Training with these guys day in day out for two weeks it steps up everything about your game, it has done for me. I have been trying to take as much as I can off them and hopefully, it can help me.