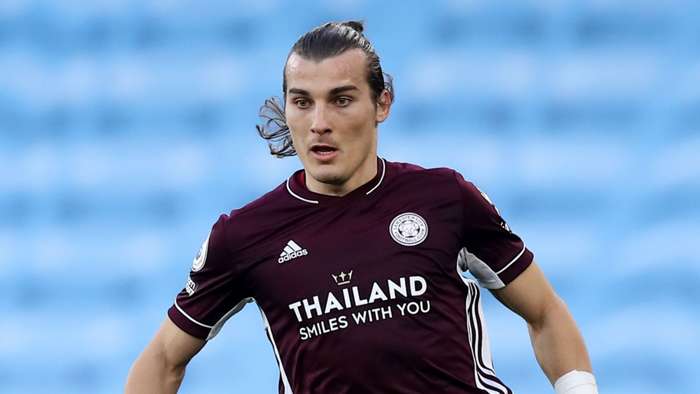 Caglar Soyuncu would be “very good at Chelsea”, claims Jimmy Floyd Hasselbaink, with the Blues urged to dip back into the transfer market for more centre-half and midfield additions.

Roman Abramovich dusted off the chequebook in west London and bankrolled another elaborate spending spree.

Among those drafted in by Lampard was experienced Brazilian defender Thiago Silva, with the 36-year-old making an immediate impact in England despite having to overcome language and culture barriers.

Chelsea also moved to add greater creativity to their squad by acquiring the likes of Kai Havertz and Hakim Ziyech.

They have taken in mixed fortunes so far, with a Moroccan winger starring as a German playmaker waits on a spark.

Hasselbaink has been encouraged by the progress made at an ambitious Premier League outfit, but believes they could get even stronger by investing in the right areas during upcoming markets.

The former Blues striker told Ladbrokes on the need to find further reinforcements at the back, with there options to explore at Napoli, Leicester and Inter: “A lot of people are talking about Kalidou Koulibaly but he's 29 years old and would be very expensive.

“I actually quite like the Leicester defender, Caglar Soyuncu. I think he'd be very good at Chelsea.

“Also the defender at Inter, Milan Skriniar - everybody is talking about him, another very good player.

“So there are players out there, but it's such a difficult position to fill at the moment.”

Chelsea have plugged defensive leaks of late, with Edouard Mendy impressing as their new No.1, while goals are never going to be a problem with the likes of Timo Werner and Tammy Abraham around.

The Blues’ attackers have plenty of support acts providing them with ammunition, but Hasselbaink believes greater depth could also be added in that department.

The Dutchman added: “I would also like to see another creative midfielder.

“I like Mason Mount, but maybe somebody to play alongside him.

“Havertz is there, I know, but you want healthy, quality competition in that area. I don't think Chelsea are far off at all.”