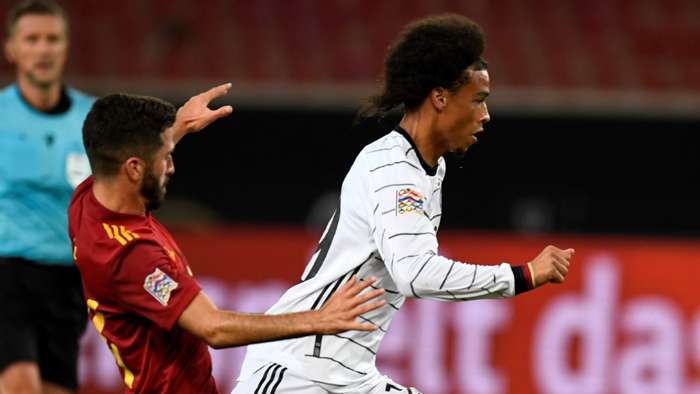 Spain and Germany will fight it out for a place in the Nations League finals when they meet at the Estadio La Cartuja in Tuesday’s final group game.

Without a win in any of their last three meetings with this opposition, they are priced at 11/8 (2.38) with bet365 to come up with a big victory here.

Joachim Low’s men are unbeaten in 11 matches in all competitions and can be backed at 15/8 (2.88) to take their place in the semi-finals thanks to an impressive win.

The last two encounters between this duo have all resulted in draws, and you can get odds of 12/5 (3.40) on them cancelling each other out once again.

Sergio Busquets has been ruled out with a knee injury sustained in Saturday’s 1-1 draw in Switzerland, joining Jesus Navas, Ansu Fati and Jose Gaya on the sidelines.

Toni Kroos is available once again after missing the 3-1 win over Ukraine due to suspension, although Antonio Rudiger is now ruled out with his own one-game ban.

After opening with a draw in Stuttgart in the reverse encounter followed by two successive wins, Luis Enrique’s team were in pole position at the group stage’s halfway point.

However, a single point from the subsequent two matches has left them up against it to qualify, largely thanks to a lack of cutting edge in attack.

Having fallen to a frustrating 1-0 defeat in Ukraine, Spain then missed two penalties before nicking a late equaliser to salvage the 1-1 draw with the Swiss.

In fact, they have now scored more than once in just one of their last seven matches in all competitions, hardly ideal preparation for a must-win match against Die Mannschaft.

Considering Germany have only let in five goals in their last five matches against this opposition, even money (2.00) seems generous on them keeping things tight and ensuring under 2.5 goals for the sixth meeting in a row as they look to merely avoid defeat.