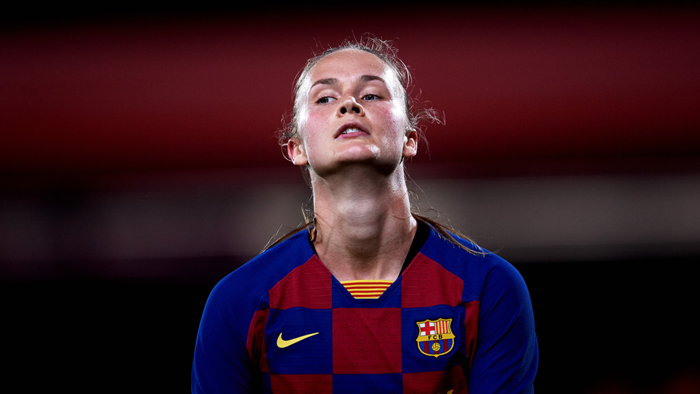 Caroline Graham Hansen has hit out at the Spanish federation, accusing officials of putting the Barcelona squad in danger by making them travel to Madrid during the snowstorm that hit Spain on Friday.

Barcelona were slated to play Madrid Femenino on Saturday, but the game was postponed due to a surface that was not fit for play.

Despite the dire forecast and likelihood that the game would be called off, the Barcelona squad travelled to the Spanish capital on Friday.

Norway international winger Hansen took issue with the decision to force the Barca squad to travel, and urged authorities to engage in dialogue and treat the players as equals.

"As a Norwegian, I cannot understand how the Spanish federation felt that it would be secure to send a team travelling through the mountains when the weather forecast shows a yellow and orange level of danger due to the storm passing through central Spain,” Hansen wrote on Instagram.

“To blindly ignore the danger of our life, just so that we maybe would play the game today. A game that would be impossible to play because of all the amount of snow that has fallen through the night.

“Again, as a Norwegian I can’t see how you would think it would be possible to remove all the snow in time for the game, on a field with no heating underneath.

“Please start to communicate with us as equals and not as less worthy.

The controversy comes just a few days after the Barca team made history with their win over Espanyol on Wednesday.

Barca claimed a 5-0 victory in a game played at Camp Nou. It was the first time the club’s women’s side had graced the iconic stadium in 50 years.

The victory extended their perfect run in the league to 11, and moved them two points clear of Real Madrid Femenino who have played three games more.