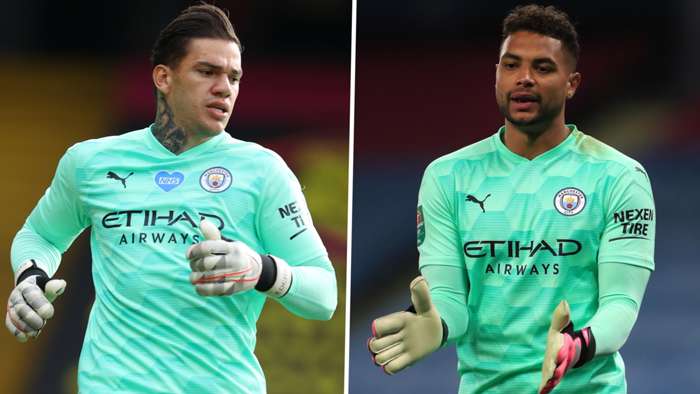 Zack Steffen is embracing the challenge of competing with Ederson for competitive game time at Manchester City, with the United States international claiming that “iron sharpens iron” in a battle for number one berths.

He continues to figure between the sticks for his country, with the USA excited by his potential, but the 25-year-old has seen only two outings at club level in 2020-21.

They have both come in the Carabao Cup, with Steffen – who spent time on loan in Germany at Fortuna Dusseldorf last season – taking on number two duties at City from Claudio Bravo.

He has no complaints at his current standing, with Brazilian shot-stopper Ederson widely considered to be one of the best in the world, but Steffen is an ambitious character and believes a starring role at a Premier League heavyweight can be his in time.

He told ESPN: “This is my team, this is who I signed for. I want to be with them, I want to come in here, learn and get better, push the players and have them push me.

“I want to win trophies and stay here for a while and enjoy the ride. I'm just happy to be here.

“I definitely have that competitive nature, I want to play games. I want to get better and I know I can get better.

“I know I have to get better so I'm here to do those things and push my team-mates and have them push me. Iron sharpens iron.

“I'm happy to be here and I'm looking forward to this year.”

Steffen kept a clean sheet in his most recent outing, a 0-0 draw for the USA with Wales, and says the future is bright for Gregg Berhalter’s side as they welcome a number of exciting youngsters into their senior squad.

“Talented, but also inexperienced at the international level. We want to get games, camaraderie. We're close off the field, but we have to become close on the field.”