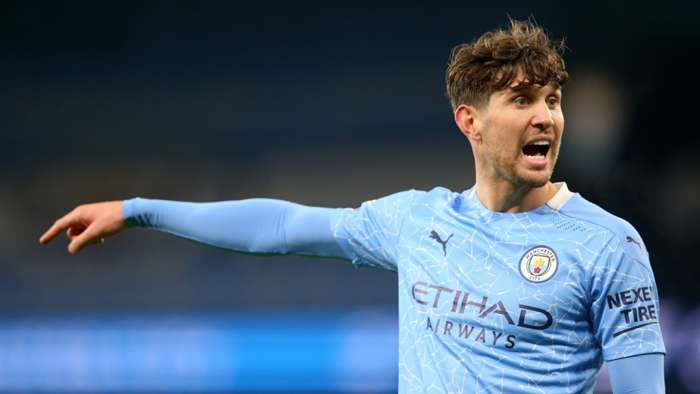 Micah Richards has praised John Stones' “character” at Manchester City, saying heknows Pep Guardiola “can go and buy another defender just like that”.

Prior to that, Aymeric Laporte had been drafted in to help counter issues in what had become a problematic position for City.

Filling the void created by Vincent Kompany’s departure has proved difficult at Etihad Stadium, but a solid partnership is being established between Dias and Stones.

The latter had appeared to be heading for the exits in Manchesterwith struggles for form seeing him make costly errors. He has, however, played his way back into Guardiola’s plans and is now seeing an England recall mooted heading towards this summer’s European Championships.

Another impressive display, which included a rare goal, came during Stones’ latest outingas he helped City into a fourth consecutive Carabao Cup final with a 2-0 derby win over Manchester United.

Richards is among those to have talked up Stones’ return to prominence, with the former City defender telling Sky Sports: “It shows his character. He has been outstanding since he came back. When you're going through a difficult time or period in your career and you think your days are over, it is hard.

“I've been there myself but he showed his character in his performances and he's been outstanding. Him and Dias absolutely ran the show at the back and I'm just happy for him.

“I'm happy for him because it's difficult when you've got so much money at Manchester City and they can go and buy another defender just like that, it shows his character and his willingness to show everyone what he can do.”

Stones is eager to point out that there is no secret to his success, with the 26-year-old merely knuckling down and refusing to throw in the towel at City.

He has said of his renaissance: “I'm just working hard, just trying to play as many games as I can.