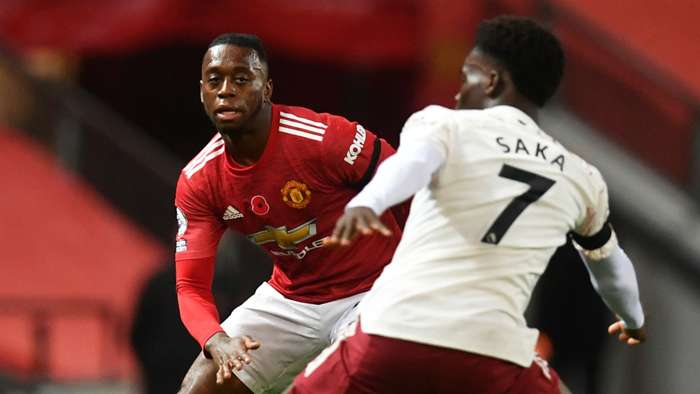 Aaron Wan-Bissaka is at a loss to explain Manchester United’s “strange” form, withthe Red Devils“winning every game away from home and can’t get a result at Old Trafford”.

A Pierre-Emerick Aubameyang penalty proved to be the difference on the day, but the Gunners left the North West with a sense that their success could have been more emphatic.

United once again struggled to find a spark on home soil, with an alarming lack of creativity holding Solskjaer’s side back.

The Red Devils have shown in 2020-21 that they can mix it with the elite, both on the road and in Champions League competition, but find themselves stuck in a serious rut at Old Trafford.

Wan-Bisska is among those left baffled by failings in familiar surroundings, telling MUTV on the back of a narrow defeat to the Gunners: “It’s strange we’re winning every game away from home and we can’t get a result at Old Trafford.

“The performance was different to Leipzig in Europe, but as you could see in the second half, we came out with a different mentality and we wanted to create chances. It’s just about taking them.

“Getting clear chances isn’t easy for both sides. It’s just about making them and taking them.”

United did improve after the break against Arsenal, but there remain a number of issues for Solskjaer to address.

Wan-Bissaka added: “It’s a disappointing result. To come out on the pitch second half and put all that effort in and not to come out with a result.

“We come out every game with the mentality to win and put in a good performance but we’ve got to learn from it and put it right in the next game.

“It’s not easy after a goal goes in. The main thing is to stick together and keep going. That’s all we did.”

United have now suffered home defeats against Crystal Palace, Tottenham and Arsenal in the Premier League, while being held to a goalless draw by Chelsea.