Suarez: It'd be nice if Bartomeu told me if he wants me out of Barcelona 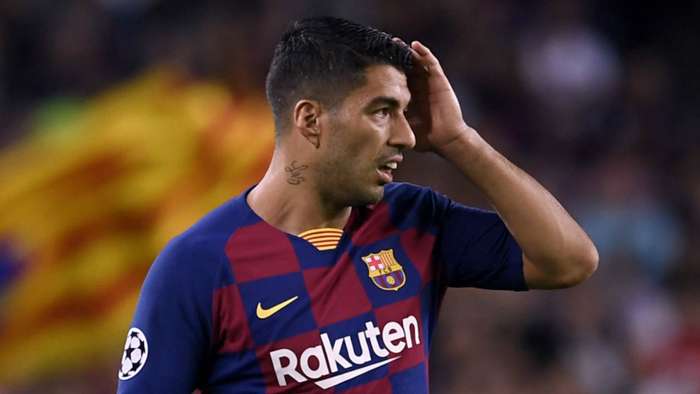 Luis Suarez says Barcelona president Josep Maria Bartomeu should tell him if he wants the Uruguayan striker to leave the club.

The 33-year-old forward scored 21 goals in 36 appearances in all competitions in the last campaign, having been hindered by a knee injury, while he has also entered the final year of his contract at Camp Nou.

The ex-Ajax and Liverpool star says he wants to remain at the club for the time being, but wants clarity from Bartomeu as rumours about his future continue to circulate.

“There is talk of some names that the president gave, of changes that can be made, but nobody told me that they want to do without me,” Suarez said in an interview with El Pais .

“If this is the desire of the club, it would be good if the person in charge speaks directly to me. I've been at Barca for six years, enough time to say what they think. It's better to tell me if I am one of the ones that they want out. It remains to be seen.

“I also want the best for the club and my plan today is to continue, but if the club thinks that I am expendable, I have no problem speaking with those who decide.

“I want to stay, as long as I am counted on, I want to continue contributing as much as I can.

“I have felt the support of the fans since I arrived and that also gives me a lot of strength to continue.”

Suarez added that he would accept a substitute role next season should the Blaugrana strengthen in attack during the transfer window.

“I would accept it here as I have always accepted it in my career,” he said.