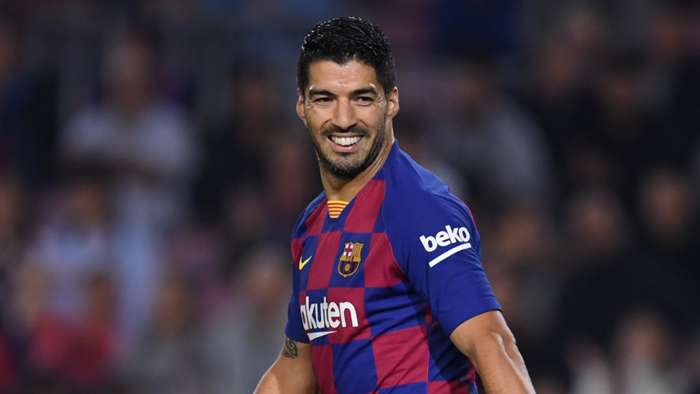 Luis Suarez referenced "fake news" on Wednesday as his future remains undecided amid talk of a transfer to Juventus.

New Barcelona coach Ronald Koeman has reportedly told Suarez he can leave the club, a move that did not aid close friend Lionel Messi's strained relationship with the Blaugrana.

Suarez has been linked with a host of potential suitors - including Ajax and Inter Miami - but is said to be nearing a switch to the Serie A champions with a transfer fee reportedly agreed.

But the Uruguay international posted a cryptic message on his Instagram story as he continued to train with Barca.

Captioning a picture of him laughing, alongside a grinning emoji, Suarez wrote: "When fake news comes out..."

Suarez is third on the list of Barca's all-time top goalscorers, trailing only Messi and second-placed Cesar. The former Liverpool man has won four La Ligas, four Copas del Reyand a Champions League since moving to Catalonia in 2014.

Goal recentlylearned that the Uruguay internationalhas already reached a personal agreement over a three-year contract worth €10 million (£9m/$12m) per season with Juventus.

Suarez is also set to sit an Italian language exam which will allow himto get a passport and make the move to Turin.

The 33-year-old is in the final year ofhis contract at Camp Nou, which will automaticallyrenewfor a further year should he feature in more than 60 per cent of matches.

Juve, meanwhile, are in need of a new forward after new coachAndrea Pirlo confirmed Gonzalo Higuain will leave a year before his contract expires.

Whether Suarez's move to Turin will be completed remains to be seen with his Instagram message potentially hinting that he could be content to remain in Barcelona.

Messi told Goal earlier this week that despite his desire to leave Camp Nou, he will remain with the club this season as he doesn't want to take Barca to court.

"I thought and was sure that I was free to leave, the president always said that at the end of the season I could decide if I stayed or not,” he said.

"Now they cling to the fact that I did not say it before June 10, when it turns out that on June 10 we were competing forLa Ligain the middle of this awful coronavirus and this disease altered all the season.