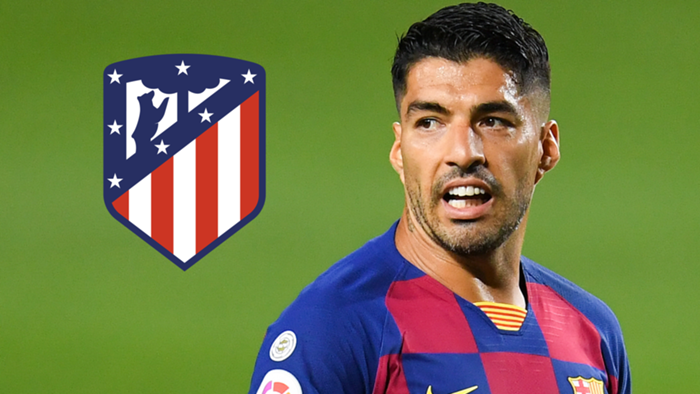 Luis Suarez will take 30 seconds to settle at Atletico Madrid, says former Uruguay international Sebastian Abreu, who asks why Barcelona have allowed such a proven performer to leave.

Various landing spots were mooted for Suarez, from Juventus to MLS, but he will be staying in La Liga.

Atletico have put a deal in place with their domestic rivals, with the 33-year-old who plundered 198 goals in 283 appearances for Barca not ready to call time on Spain just yet.

Abreu expects Suarez to thrive at Wanda Metropolitano under the guidance of a fellow fiery South American,Argentine coach Diego Simeone, and believeshe has found another perfect fitafter six memorable years in Catalunya.

“I was happy to hear about Suarez's move because now Luis can have clear objectives,”Abreutold Radio MARCA. “He's saying goodbye to something as amazing and exciting as his spell at Barcelona.

“It alters his initial career plans a bit but doesn't change them completely. That self-esteem has to come out.

“It's going to take 30 seconds for him to settle in at Atletico once he meets Cholo face to face. As soon as Simeone puts that venom of passion across - 30 seconds looking eye to eye.”

While tipping Suarez to shine for Atletico, Abreu wonders whether Barca will live to regret their decision to part with a player who served them with such distinction through La Liga and Champions League-winning campaigns.

He added: “Out of context football-wise, they're letting go a productive player who resolves lots of issues.

“It's not for me to say whether there are financial aspects at the club and they have to bring down the annual wage cost of the squad. I don't want to have an opinion on everything without knowing anything.”