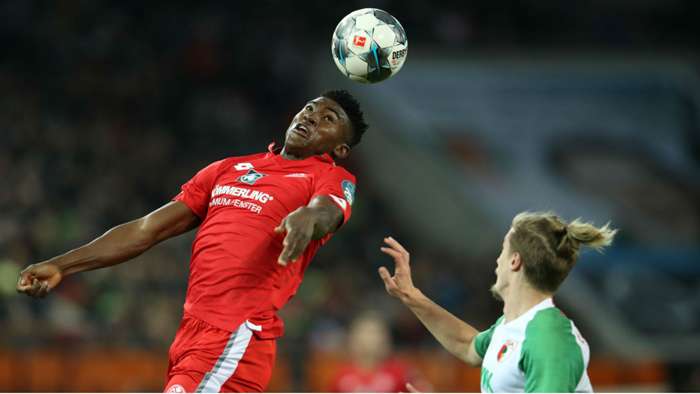 Awoniyi joined Liverpool in 2015 but he was immediately loaned out to FSV Frankfurt for the 2015-16 season. The following campaigns, he moved to the Netherlands to join NEC Nijmegen, Belgium's Royal Excel Mouscron and Gent before returning to Mouscron in January 2019.

After failing to secure a spot in Jurgen Klopp’s team this season, Awoniyi has returned to a familiar country for regular first-team football and he is eager to show his qualities at the Stadion An der Alten Försterei.

“I’m looking forward to a new home and the task at Union Berlin. Mainz was my second stop in Germany after Frankfurt and last year I was able to prove myself in the Bundesliga for the first time,” Awoniyi told Union Berlin website.

“At Union, I want to take the next steps, play as much as possible, develop and help the team to stay in the league.”

Prior to his signing, Union Berlin began their 2020-21 Bundesliga campaign with a 3-1 loss to Augsburg on Saturday.

However, the club's director of football Oliver Ruhnert believes Awoniyi’s signing comes as a boost for Urs Fischer’s side.

“Taiwo is a highly talented player who already knows the Bundesliga,” Ruhnert said. “He has already played in several countries and will certainly be settled in our team very quickly.