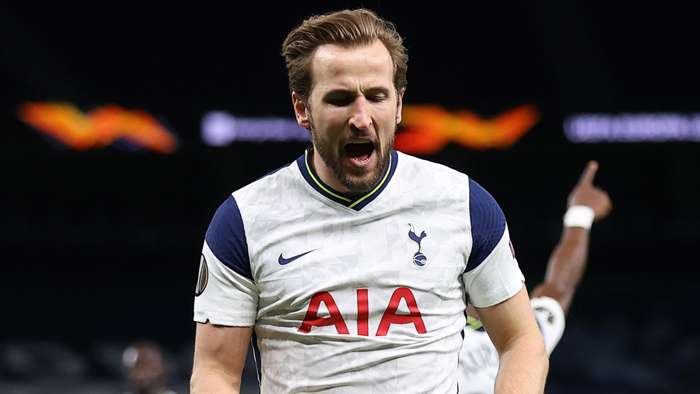 Tottenham star Harry Kane admits that he does not currently know whether he has a future with the Premier League side amid reports he could leave in the summer.

Kane, 27, has become a firm favourite at Spurs thanks to his goalscoring exploits.

That ability in front of the net has also caught the attention of Europes biggest clubs, though, leading to constant transfer speculation over the England striker.

“I think that’s a hard question to answer right now," Kane told reporters when asked if he had to leave Tottenham in order to win trophies.

“It’s important that all my focus is on the two England games coming up now and the rest of the season with Spurs and then the Euros.

“To be thinking about speculation or rumours would be damaging in terms of my own performance.

“I always like to be focused on one goal and one job and that’s to finish strong with Spurs, win these qualifiers with England and hopefully go on and have a great Euros.

“Look, I try to stay out of that speculation as much as possible. I’m fully focused on doing the job on the pitch from now until the end of the summer and then we’ll see where we go from there.”

Kane joined Spurs as an 11-year-old andhas spent his entire professional career with the club, save a handful of loan spells when he was starting out at senior level.

To date he has scored 215 goals in 327 appearances in all competitions, making him Spurs second highest scorer of all time behind Jimmy Greaves.

There is one glaring omission on the strikers CV, however: he is yet to win a single major trophy with his boyhood club.

EFL Cup and Champions League runners-up medals are as close as Kane has come to silverware, although he will receive another chance to break that duck in April when Tottenham take on Manchester City in the Carabao Cup final.