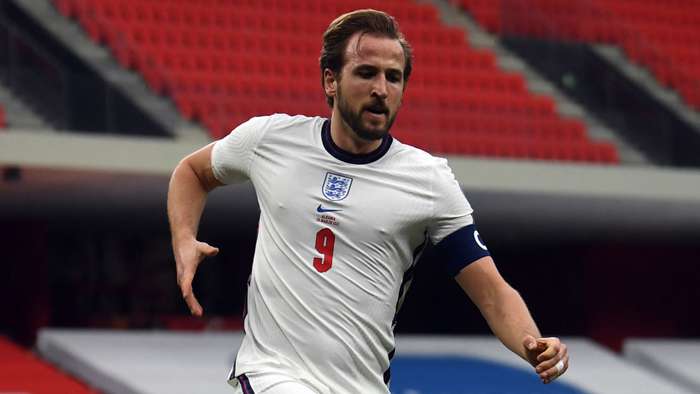 Harry Kane has acknowledged that barren runs in front of goal are part and parcel of being a striker after the England captain ended his 500-day international goal drought against Albania on Sunday.

The Tottenham forward headed home Luke Shaws cross late in the first half to finally break the deadlockin Tirana, before setting up Mason Mount after the interval to secure a 2-0 victory.

The win makes it two from two for Gareth Southgates side in their Qatar 2022 World Cup qualifying Group I, and while Kane was delighted to finally end a long wait for his 33rd international goal, the Three Lions skipper insisted that his own achievements come second to the teams success.

"I think I’ve always said as a striker, sometimes you go through spells where everything you touch goes in, and when it just doesn’t quite go your way," the 27-year-old told the FAs website .

"I think I had a few off the line in that spell, an offside goal that I don’t think was offside, but that’s part of being a striker. You’ve just got to stay focused on doing your job for the team, and thankfully we did that as a team – it was great to get the three points.

"It’s never easy coming away from home against a tough side. Maybe we were a little bit slow to start. We changed our formation halfway through the first half and I think that definitely helped. We got more runners in the box and more attacking players.

"I thought we controlled the second half well; they didn’t create too many chances. Overall, it was a good night."

Having bagged a dozen goals in 10 appearances for the national side during 2019, last year proved to be a trying one in front of goal for the Spurs attacker, as he endured a difficult UEFA Nations League.

Nothing less than a perfect start would have been acceptable for Southgate against international minnows San Marino and Albania. Next up is a much sterner test in the shape of Poland, who they host at Wembley on March 31.

Paulo Sousas side, spearheaded by Robert Lewandowski, are Englands biggest threat to qualification for Qatar 2022,but a third victory in as many games for the Three Lions would take them five points clear of their rivals already.