The End of the Storm: Official Liverpool documentary full details & how to watch 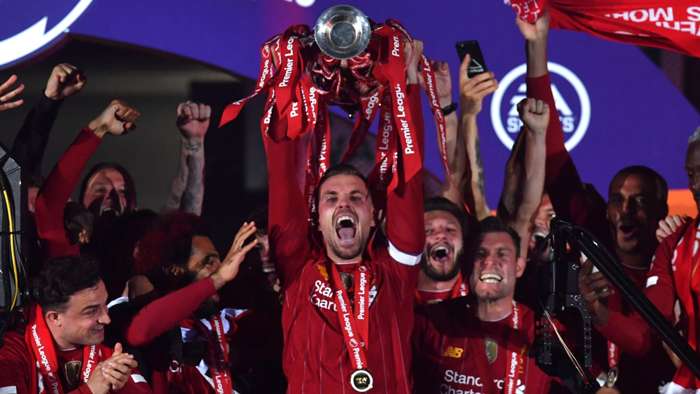 After a 30-year wait, Liverpool finally won an English top-flight title in 2019-20 amidst the massive disruptions caused by the Covid-19 pandemic.

The End of the Storm is a new official Liverpool documentary directed by Emmy-nominated James Erskine that tells the story of the Reds' first-ever Premier League triumph in 2019-20.

It is the length of a feature film and offers an inside look on Liverpool's championship glory.

It is a documentary that will celebrate Jurgen Klopp's heroic first English top-flight win in 30 years, and will feature exclusive interviews with Klopp himself, Kenny Dalglish, and a myriad of players includingJordan Henderson, Sadio Mane, Roberto Firmino, Virgil van Dijk and Alisson Becker.

In addition, it will also provide insight from the fans' perspective with faithful Reds supporters having their say on what the title win means to them.

“The End of the Stormis an ambitious, cinematic feature film that tells a story 30 years in the making,” said Erskine.

“This isn’t simply a story about an outstanding sporting achievement. It is also a story about emotion, community and self-belief – in a moment when we need all these things more than ever before.”

Executive producers Adam Bullmore and Raimon Masllorens said: “We are thrilled to be working with Liverpool Football Club and Altitude onThe End of the Storm, which will give generations of Liverpool fans and sports enthusiasts the opportunity to celebrate together by watching the definitive account of one of Liverpool FC’s greatest seasons in the modern era.”

The End of the Storm will be released on Monday, November 30.

The documentary will be available to watch from November 30 with purchase ondigital, DVD and Blu-ray.