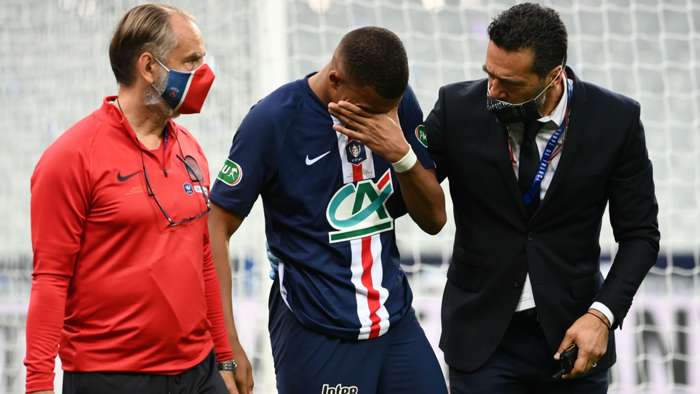 Thomas Tuchel says he still does not expect Kylian Mbappe to be fit for Paris Saint-Germain's upcoming Champions League clash with Atalanta despite the forward's best efforts.

Shortly after, the club announced that Mbappe was facing a three-week absence, one that would keep him out of the Champions League opener on August 12.

Tuchel stated that it would take a "miracle" for Mbappe to be fit for the match against Atalanta, while team-mate Ander Herrera was a bit more hopeful as he said the club was "optimistic".

Former Arsenal boss Arsene Wenger also weighed in on Mbappe's status, saying that he expects Mbappe to do whatever it takes to be fit for the upcoming match.

Ahead of a friendly againstSochaux on Wednesday, Tuchel says Mbappe is still doubtful, but the club will meet on Saturday to reassess Mbappe's status.

"I have no idea," Tuchel told beIN Sports."I see Kylian every day. He's at the training centre. He works hard with the physiotherapists almost 24 hours a day.

"But the deadline is short, super short.We spoke with the doctor today and we decided to meet again on Saturday to see what phase he is in and if it is possible that he is on the bench against Atalanta.But I do not expect too much. "

Mbappe isn't the only PSG star in danger of missing the upcoming Champions League match, as Marco Verratti is now a doubt for the game against Atalanta.

According to RMC Sport, Verratti suffered aninjury in training on Tuesday following a clash with another player, and the Italian star was subsequently left out of PSG's squad for the match against Sochaux.