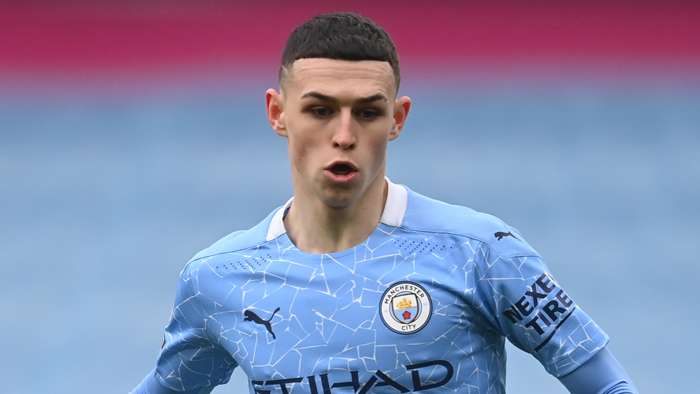 Phil Foden says that the Premier League title race is a long way from being over despite Manchester City moving clear at the top of the table.

But, with 16 matches of the season remaining, Foden insists they cannot afford any slip-ups if they are to claim a third title in four years.

“We have been playing great recently but there is still a long way to go and so many points to play for,” Foden said after the win at Anfield. “We just have to keep focused and keep trying to put the points on the table.

"We have beaten a difficult team and we are on a good run at the moment so we want to keep up that form and keep playing well.

“We all believe we can do it but there are still so many points to play for and you can see that this season has been a bit funny with teams dropping points so we cannot get complacent now and we have to keep improving our game and stay on top of it as best as we can.

“Liverpool are a great team and I am sure that they will find their form again.”

Manchester United are City’s closest rivals but Ole Gunnar Solskjaer said his side should not be considered title challengers after their 3-3 draw with Everton , which left them five points behind having played a game more.

Liverpool and City have been the best two sides in England in recent seasons but Sunday’s result left Jurgen Klopp’s side 10 points behind and fighting for a Champions League place.

City have now won their last 10 Premier League matches and 14 in all competitions, equalling the all-time winning run by an English top-flight team, shared with Preston in 1892 and Arsenal in 1987.

City boss Pep Guardiola is trying to ensure his players remained focused after seeing rival clubs such as Chelsea, Tottenham and Liverpool going through bad periods that saw them slide down the league.

His side have a packed schedule and their next five matches against Spurs, Everton, Arsenal, West Ham and United, who are all in the top half of the table.

And those games are interspersed with an FA Cup clash against Swansea on Wednesday, and a Champions League game againstBorussia Monchengladbach as City remain in the hunt for four trophies.