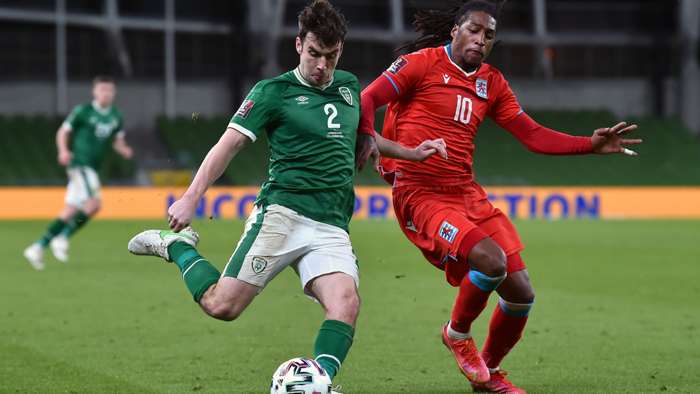 Gerson Rodrigues scored an 85th-minute winner for Luxembourg in Dublin, consigning the home side to one of the darkest days in their footballing history.

Luxembourgs win in was only their fourth away victoryin Euro and World Cup qualifiers in 125 tries since 2008, and it dropped Ireland to back-to-back losses to begina World Cup qualifying campaign for the first time since 1970.

“Listen, there’s anger and embarrassment, a bit of everything. It’s not good enough," Coleman said to RTE.

“There are no words that I can say to you, or to people at home, to make it better, or anything like that.

"I got to come out here and do an interview, but there are no words for that there. That’s embarrassing. On behalf of everyone at home watching … As players, we take that on the chin, but it’s nowhere near what we wanted.

“As senior players, you take it on the chin, take the deserved criticism and keep going forward. It’s a tough start for the World Cup campaign, but you’ve got to show some pride in the shirt, and I didn’t think we did that tonight."

Having previously lost to Serbia, Ireland sit bottom of Group A through two games without playing favourites Portugal yet.

Most indicators point to continued struggles for the squad as it tries to turn things around and make the 2022 World Cup. Ireland remain winless in seven matches in Euro and World Cup qualifierssince beating Gibraltar in June 2019, and theyrealso winless under current managerStephen Kenny.