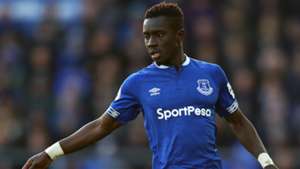 Everton manager Marco Silva said he is hopeful that Idrissa Gueye will remain at Goodison Park, after revealing there been 'no new offers' for the midfielder from Paris Saint Germain.

The Ligue 1 giants tabled a GBP22m ($29m/EUR25m) bid for the 29-year-old at the start of the week, which the Toffees rejected outright.

Gueye was forced to miss Everton's 1-0 Premier League win at Huddersfield last night through injury, amid reports of a second approach from PSG.

Speaking after the game, Silva dismissed those transfer rumours before stating his belief that the Senegal international will not be leaving the club during the current transfer window.

When asked to explain Gueye's absence from the Huddersfield clash, Silva responded."He had a minor problem with his groin.

"But to be honest with you and our fans, but after the match, I found out if something new had happened because I expected your question about him.

"There is nothing new. He had a minor problem in his groin but the feedback I got after the match was there was nothing new, no new offers for him, he keeps being our player and I hope he can continue with us."

There had been some suggestion in the media that Gueye submitted a transfer request after PSG lodged a fresh GBP30m ($39m) bid yesterday, but Silva went on to deny knowledge of any such action taking place.

"I don't know about a transfer request or not because, as you know, we were in the hotel last night," he added.

"For our players, I want their full focus even if we know the market is still open until the 31. It is always really tough for us.

"About the new offer of GBP30? Nothing new has come to our club. There is nothing new about this situation."

Gueye has featured in 20 Premier League matches this season, standing out as one of the bright sparks for Everton in an otherwise disappointing season to date.

Silva's men are eighth in the top-flight standings and 12 points off a place in the final Europa League spot, with only 14 matches left to play.