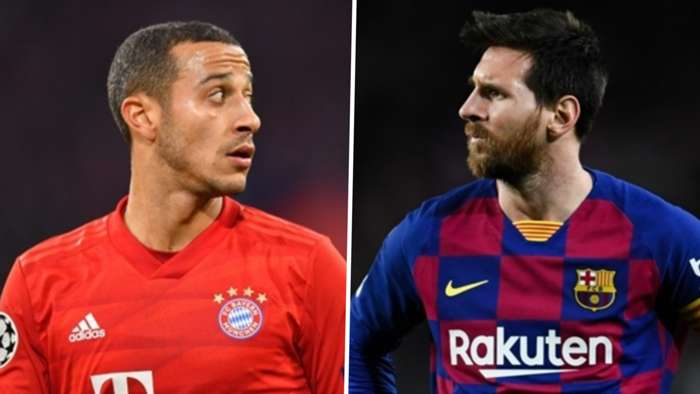 Premier League title holders at Anfield are said to be closing in on the acquisition of a ball-playing midfielder who just helped his current club to the Champions League crown.

On the other side of Lancashire, City have joined the hunt for Barcelona superstar Messi.

The six-time Ballon d’Or winner has swung open an exit door at Camp Nou, sparking a clamour for the most sought-after of signatures.

A reunion with Pep Guardiola at the Etihad Stadium would put City in a strong position to compete for more domestic and continental honours.

Rooney, though, believes that Thiago’s presence on Merseyside would make defending champions Liverpool favourites to retain their crown in 2020-21.

The former United striker told talkSPORT: “I think it is City or Liverpool for the title.

“Chelsea are making a lot of signings, some good signings.

“Man United have a lot of potential in the players they have got but I still think they are a year away.

“Chelsea with the new signings will possibly need a year to get everyone on the same song sheet.

“So I do think it is between City and Liverpool. And if Liverpool get Thiago from Bayern Munich, I think it is done the title.

“That is a better signing than Messi going to Man City.”

While suggesting that a deal for Messi could be trumped in the current market, Rooney admits to being a big admirer of a man who has also seen a switch to Old Trafford mooted.

The ex-England international added: “I know Messi is getting older but he’s a player who no-one has seen before.

“Messi has everything – he can create goals,score goals, dictate the game and is the best player of all time.

“If he can come to the Premier League, whatever team it is, and I believe it’s only Manchester United and Manchester City that can sign him… well, I’d take Messi at United.

“He’s one of the only players I’ve sat there and watched and just been in awe of.

“Don’t get me wrong, I played with Cristiano Ronaldo and the two of them have set a standard I don’t think we’ll ever see again.