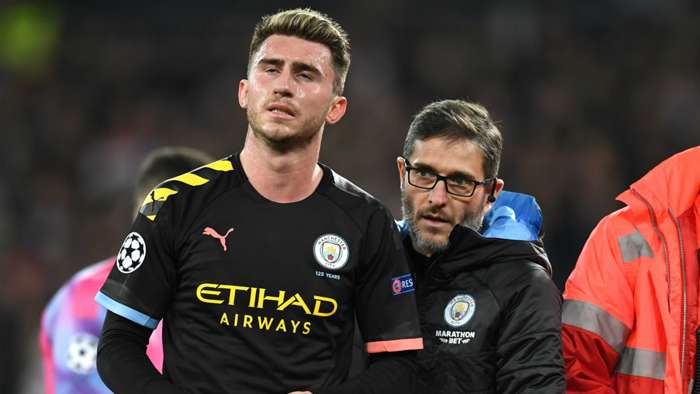 Manchester City defender Aymeric Laporte has criticised the use of VAR in his side’s 3-1 Champions League quarter-final loss to Lyon on Saturday.

When Lyon scored their second goal, the centre-back fell after a tangle of legs with OL forward Moussa Dembele, who took advantage of the situation to run through and score what proved to be the winner. Complicating the situation further was a dummy from Karl Toko-Ekambi, who was in an offside position but did not touch the ball. Nevertheless, the goal stood.

Reacting to a clip sent to him on social media that showed BT Sport pundit Rio Ferdinand stating that he felt it was a foul, Laporte tweeted: “Can’t say Rio is a big City fan, is he? Still, that’s what I got sent tonight…”

The Frenchman followed it up by adding: “Just to be clear: I will not hide, I'm a football player but a man foremost, we all made mistakes in this game, and I also take my responsibility for the bad team performance tonight - but this decision is hard to accept, especially in a crucial qualifier AND with the help of VAR.”

While City were left unhappy with the use of the video officials, Lyon felt they should have been awarded a penalty minutes earlier after footage showed Kyle Walker pushing Maxwel Cornet to the ground in the box – a decision that was not even looked at by the referees in the box.

The Premier League runners-up were unable to fightback from the blow of Dembele’s strike, though Raheem Sterling should have scored when he scooped the ball over an open goal from six yards out.