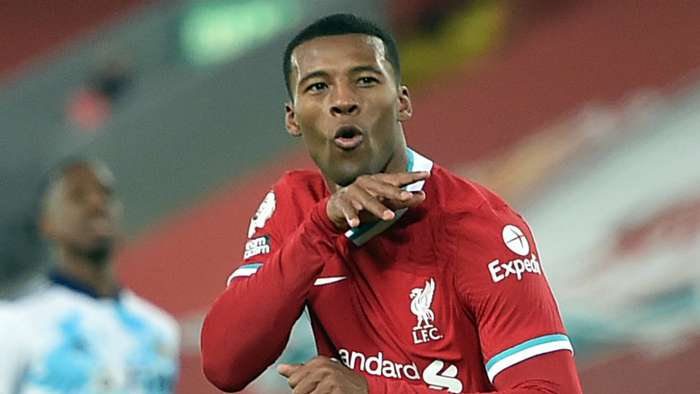 Georginio Wijnaldum has played down his touchline confrontation with Netherlands coach Frank de Boer in the 2-0 win against Latvia in World Cup qualifying on Saturday.

The midfielder was disappointed to be substituted with 10 minutes left of the match, Donny van de Beek taking his place.

Wijnaldum was involved in a heated discussionwith De Boer on the sideline, but said afterwards it is no big deal.

"I was a bit disappointed,but we shouldnt make it bigger than it is," he toldNOS. "I really wanted to stay on, because I had fun on the field and felt that I could score another goal, but the coach and I have already talked about it. This is nothing bad.

"On the one hand I am very disappointed, on the other hand it is good for the group feeling when other guys also play."

Memphis Depay was also unhappy to be taken off late in the second half, but De Boer says he understands the Lyon and Liverpool stars frustrations.

"Memphis wanted to score and he was close a few times.I think he was more concerned with that than with the switch," the coach said."Gini has played so much, I told him to understand that we are 24 men.They also need to get the feeling that they belong."

Netherlands continue their World Cup qualifying campaign on Tuesday when they face Gibraltar, who have lost to Norway and Montenegro in the last week.

That clash is the last one Oranje have scheduled before the start of Euro 2020, where they will face Ukraine, Austria and North Macedonia.