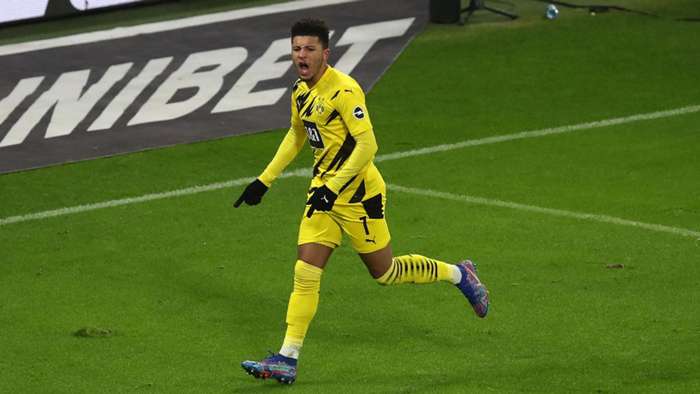 Jadon Sancho had admitted that this season has been "very difficult" for him on a personal level, but says he is "raring to go" again following the winter break in Germany.

Manchester United tried to lure the 20-year-old to Old Trafford in the summer transfer window, but ultimately decided against meeting BVB's €100 million (£90m/$122m) asking price after months of negotiations.

That saga seemed to have an adverse effect on Sancho, who suffered a dip in form in the first half of the new season.

The England international finally broke hisscoring duck in the German top-flight with a late strike in a2-0 win over Wolfsburg on January 3, having failed to find the back of the net with any of his previous 25 attempts on goal.

Sancho doubled his account during Dortmund's 3-1 victory at RB Leipzig on Saturday, and he believes he is finally getting back to his best after benefitting from a period of self-reflection over Christmas.

"Obviously this season has been very difficult for me personally," the BVB star told the Bundesliga's officialwebsite. "So I knew when I went away, I just focused on my game and came back raring to go.

"I'm working hard every day in training and on the pitch so I'm just happy to get my goals and assists."

Dortmund interim bossEdin Terzic is confident that Sancho ison the right track again after a slow start to the campaign, and has insisted that the young attacker's commitment to the cause has never wavered despite his recent struggles.

"It's just small adjustments," Terzic told ESPN after his side's triumph at the Red Bull Arena. "Sometimes you have to accelerate on your first touch, don't get the opponent into situations where he can create two-vs-ones.

"We spoke a lot but Jadon was always doing his best in the last weeks and months, but sometimes it's like that.