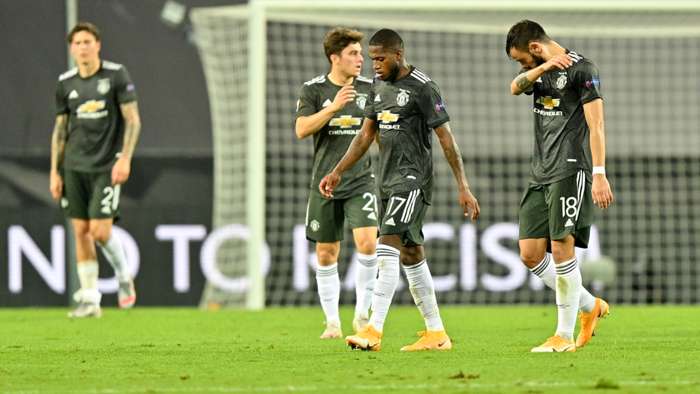 Ole Gunnar Solskjaer has done “really well” at Manchester United despite missing out on major silverware, claims Paul Scholes, with theRed Devils icon eager to point out that the club “didn’t look like we could create a chance, let alone score a goal” prior to the Norwegian’s arrival.

The experienced Portuguese tactician had delivered three trophies in his debut campaign at the helm, but United were unable to build from that point and had slipped backwards again when the call was made to make another change in the dugout.

Solskjaer has experienced tests of his own since returning to English football, but has found value in the transfer market and established forward momentum.

That is yet to deliver tangible success, with a 2-1 Europa League defeat to Sevilla on Sunday meaning that United have suffered three semi-final setbacks in 2019-20, but Scholes believes positive progress is being made.

He told BT Sport: “I think Ole's done really well. From where the club has been from the three or four years previously to when he came in, I think he's made a huge difference.

“The style of football from February, we've looked a different team. For two or three years we didn't look like we could create a chance, let alone score a goal.

“Since Bruno Fernandes came in, he's made a huge difference to this team. He made a dull team into an exciting team. Good young players are coming in, Brandon Williams has done really well, Mason Greenwood, as we know. That's what United are all about.”

While seeing cause for optimism at Old Trafford, Scholes concedes that Solskjaer needs to land a trophy in order to meet the demands of his board and an expectant fan base.

He added: “Losing three semi-finals is really disappointing.At some point you've got to win these games. You've got to have the players who win you trophies and win you these games of football.

“At the minute, they're not quite showing that. This is a club that expects to win trophies. It's been three years now without a trophy.Ole will know, as well as he's done to get them to semi-finals, the next step is to find a way to win something.”