Todibo: Id rather play in French lower leagues than sit on the Barcelona bench 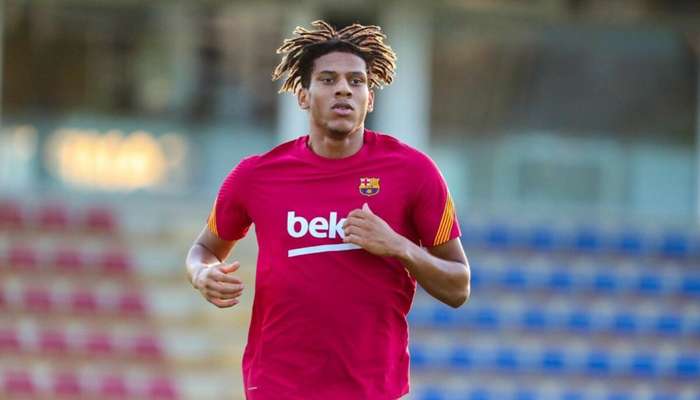 Jean-Clair Todibo has admitted that he would rather play in the French lower leagues than sit on the bench at Barcelona.

Todibo was touted as a future star after signing for Barca from Toulouse in 2019, but he has so far failed to impose himself on the senior squad at Camp Nou.

The 21-year-old was loaned to Schalke and Benfica before joining Nice on a temporary deal until the end of the 2020-21 campaign, and has conceded a move to Championnat National 2 outfit Sedan would hold greater appeal to him than returning to Barca and playing a bit-part role again.

Todibo made his first-team debut for Barca in a Liga draw with Huesca in April 2019, but has only featured in four more games for the club since then.

The Frenchman has been restricted to just 325 minutes in a Blaugrana shirt, with his last appearance coming in a Champions League group stage clash with Inter a year-and-a-half ago.

Todibos struggles for regular minutes continued in the first half of the season at Benfica, where he appeared in just one Taca de Portugal fixture before the club decided to send him back to Barca.

Nice then snapped up the young centre-back in January, and he has since been able to establish himself as a key member ofAdrian Urseas squad.

Todibo has already appeared in seven Ligue 1 matches for Nice, who are currently sitting 11th in the table.

Todibo still has two years left to run on his current contract at Camp Nou, but his Barca career could come to a premature end this summer. Nice have the option to buy the Blaugrana outcast outright for €9 million when the transfer window reopens.

Low would be a good fit for Barcelona - Xavi

Messi goes out to assassinate the goalkeepers!