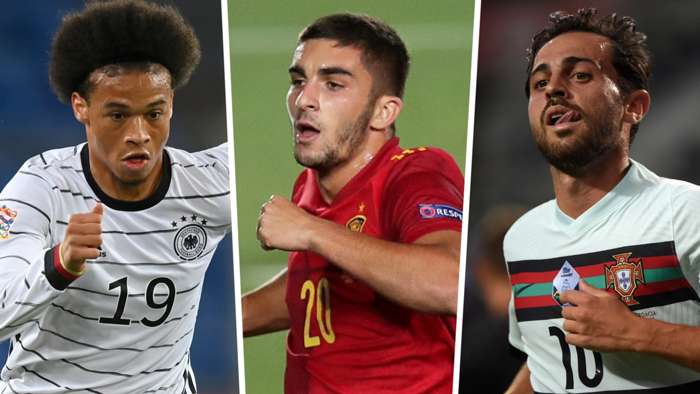 Manchester City have landed themselves an “exciting player” in Ferran Torres, says Paul Dickov, with the former Blues striker considering the Spaniard to combine “the pace of Leroy Sane and the dribbling ability of Bernardo Silva”.

City have invested £21 million ($27m) in Torres’ potential, with the Spain international being snapped up from Valencia.

His services were sought out after German forward Sane was offloaded back to his homeland at Bayern Munich.

Guardiola is eager to ensure that he remains well-stocked for attacking talent and will be hoping to see Torres – along with fellow summer recruit Nathan Ake – hit the ground running at the Etihad Stadium.

Dickov believes the youngster will live up to expectation, with there plenty to admire in the game of a hot prospect who will be looking to terrorise domestic and continental rivals.

“I believe Nathan Ake is a really good signing for City and Ferran Torres is such an exciting player,” former Blues striker Dickov told the Racing Post.

“I don't want to put too much pressure on him but hehas a combination of the pace of Leroy Sane and the dribbling ability of Bernardo Silva.

“He will be a fantastic signing and I fancy there are a couple more to come.”

City are continuing to scour the market for potential additions, with it suggested that Napoli centre-half Kalidou Koulibaly and a new goalscorer could figure prominently on their recruitment radar.

Regardless of who they bring in from this point, Dickov believes the Blues are well placed to wrestle the Premier League title back from Liverpool in 2020-21 and reclaim their standing back at the top of the English game.

The Scot added: “My old club City will have the bit between their teeth.

“I saw Kevin De Bruyne on the golf course recently, just after the Lyon defeat in the Champions League, and we had a quick chat and he was saying he couldn't wait to put things right. That is City's attitude going into this season.