Tottenham borrow £175m from Bank of England amid coronavirus crisis 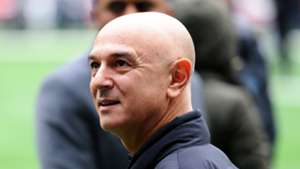 Tottenham have borrowed ?175 million from the Bank of England to help ease the financial impact of the coronavirus pandemic.

Spurs estimate they will lose ?200m in the period up to June 2021 as a result of their new stadium being unable to host matches with fans in attendance.

As well as their own games being impacted, other sporting and cultural events which were due to be held at the venue have been cancelled.

Among the cancelled occasions at Tottenham Hotspur Stadium were two NFL fixtures, Anthony Joshua's world heavyweight championship boxing match against Kubrat Pulev and a Lady Gaga concert. Spurs also have a rebate to broadcasters to pay after three months without any Premier League action.

The ?175m in funding has been borrowed through a Covid Corporate Financing Facility, which Tottenham were eligible for. It is repayable at an interest rate of 0.5 per cent.

Manager Jose Mourinho previously said Tottenham are "not going to spend rivers of money" on transfers, and these funds will not be used to sign new players, instead providing financial flexibility.

"We have always run this club on a self-sustaining commercial basis," said Tottenham chairman Daniel Levy. "I said as early as 18 March that, in all my 20 years at the club, there have been many hurdles along the way but none of this magnitude - the Covid-19 pandemic has shown itself to be the most serious of them all.

"It is imperative that we now all work together - scientists, technologists, the government and the live events sector - to find a safe way to bring spectators back to sport and entertainment venues.

"Collectively we have the ability to support the development of new technologies to make this possible and to once again experience the passion of fans at live events."

In April, Tottenham reversed their decision to use the government's furlough scheme amid a backlash from fans.

Spurs initially planned to use the system for 550 non-playing staff during the Covid-19 crisis, but after the reversal of the decision, Spurs insisted all affected staff would receive full pay in April and May, with only board members - including Levy - taking monetary reductions.