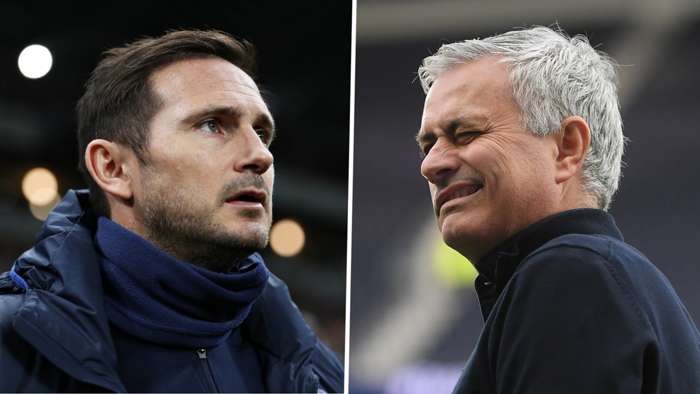 Tottenham manager Jose Mourinho has claimed he was under more pressure during his time in charge atChelsea than current Blues bossFrank Lampard.

Lampard has now returned to the Blues as manager, leading them to a fourth-place finish last season in his first campaignin charge.

The pair are set to renew pleasantries on Sunday in a major Premier League showdown, with Tottenham entering the match in first place and Chelsea in third.

Though Lampard has plenty of expectations after Chelsea invested heavily over the summer, Mourinho has insisted that he faced more pressure during his time at Stamford Bridge.

Though he believes he faced more pressure than subsequent managers at Stamford Bridge, Mourinho also said that Lampard is currently under more pressure as Chelsea bossthan Mourinho is atSpurs.