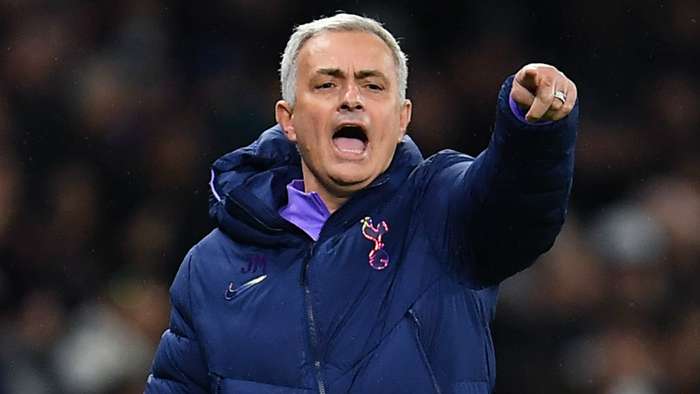 Questions of Jose Mourinho’s future at Tottenham are “ridiculous”, says Glenn Hoddle, with the Spurs legend baffled as to why they would sack their manager with major silverware still up for grabs.

Mourinho has, however, guided a success-starved side through to the Carabao Cup final and last 32 of the Europa League, and retains complete faith in his ability to deliver on ultimate targets.

Hoddle told the Evening Standard when asked if he expects Mourinho to be relieved of his duties: “No I don’t, not at the moment.

“Consistency and maybe other things have got to change over time, but I think he has earned the right with what he has done in his career to be given more time.

“As much as I look at Tottenham at times and think we do look an average team. But that is other clubs as well and that can change very quickly. A couple of wins and the confidence can come back.

“There is a lot of calls from fans for Mourinho to be sacked but second half against West Ham, who are flying at the moment and are a great side, every attacking option he had was on the pitch. They hit the bar, hit the post and it could have gone a different way.”

A title challenge appeared to be on the cards for Spurs at one stage in 2020-21, as they hit top spot in the Premier League table.

The wheels have fallen off for Mourinho since then, with his side currently stuck in an alarming rut.

Setbacks have been suffered against Liverpool, Brighton, Chelsea, Manchester City and West Ham, while also bowing out of the FA Cup at the hands of Everton.

City will, however, be faced in a Wembley showpiece on April 25 and a 4-1 lead has been established in a continental clash with Wolfsberger.

Mourinho’s track record suggests that he is the man to get Tottenham back on the trophy trail, with the enigmatic Portuguese having enjoyed tangible success in the past at Porto, Chelsea, Inter, Real Madrid and Manchester United.