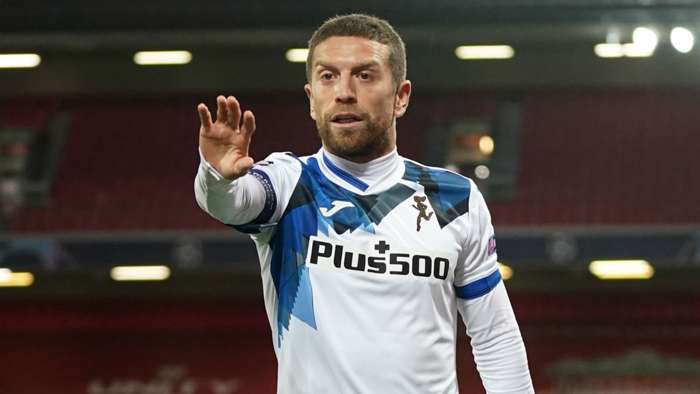 Juventus are keeping a close eye on Alejandro 'Papu' Gomez amid reports that the Argentine wants to leave Atalanta, reports Gianluca DiMarzio.

Gomez hasn't played since December 16 as reports continue to swirl that he is looking to leave the club due to disagreements withGian Piero Gasperini.

Juventus have enquired over his availability and could make a move if they sell FedericoBernardeschi, who has attracted interest from Hertha Berlin.

Motherwell'sDeclan Gallagher is hoping to force a move to boyhood club Celtic, reports the Daily Record.

The 29-year-old defender is out of contract this summerbut is just six games away from triggering a one-year extension to his current deal.

Gallagher, whofeatured for Celtic as a youth team player but never played for the first team, is hoping that doesn't come to pass as he wishes to head to Paradise.

Inter have been in contact with Eder's representatives as they look to bring the Italian forward back to Serie A.

According to Gianluca DiMarzio, Inter would take over the contract that Eder has with Chinese Super League sideJiangsu Suning.

Eder's deal currently exceeds that which is allowed in the CSL, and Inter have been in contact with Eder's agent as they look to take advantage of that fact.

Arsenal have confirmed that William Saliba has joined Nice.

Saliba will feature for the French side for the rest of the season as he looks to seal first-team football.

An MLS team has made a bid for DeAndre Yedlin, reports SBI Soccer.

One Eastern Conference team has offered Yedlin along-term contract, although it would not be a Designated Player deal.

Yedlin is currently weighing up his future with Newcastle as he's battled back into the picture under Steve Bruce.