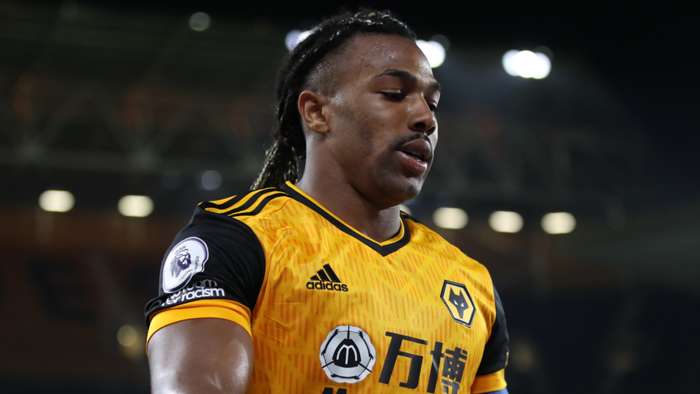 Adama Traore’s contract negotiations at Wolves have stalled with the winger disappointed at his recent lack of first-team action.

Traore has not started a Premier League match since the 4-0 defeat to West Ham at the end of September, coming off the bench in each of Wolves’ last five league games.

He enjoys a good relationship with manager Nuno Espirito Santo and would be happy to sign a new deal if he returns to his regular starting spot. His current contract runs until the summer of 2023.

However, with his status within the game growing since making his senior international debut for Spain in October, Traore is unlikely to agree to an extension while he is not in the Wolves team – and the club’s hierarchy are growing impatient with the lack of progress.

Traore was one of Wolves’ star performers in 2019-20 and it came as little surprise when he was called up to the Spain squad by Luis Enrique, but his form dipped after English football returned from coronavirus lockdown.

He failed to register a goal or assist in any of Wolves’ last seven league games or the latter stages of the Europa League, while January signing Podence has found his feet at last.

However, Wolves boss Nuno suggested last month that he did expect Traore to sign a new deal and he was sure he is happy at the club.

“What I can say about this is Adama is delighted to be here,” he said. “You can see how happy he has been in training just by seeing us be together again.

“Things will happen naturally. Speculation around our players doesn’t bother us. We know what we have to do. First of all, you have to be happy where you are, and he clearly is.”

Traore, formerly of Aston Villa and Middlesbrough, has been linked with some of Europe’s biggest clubs in recent months.