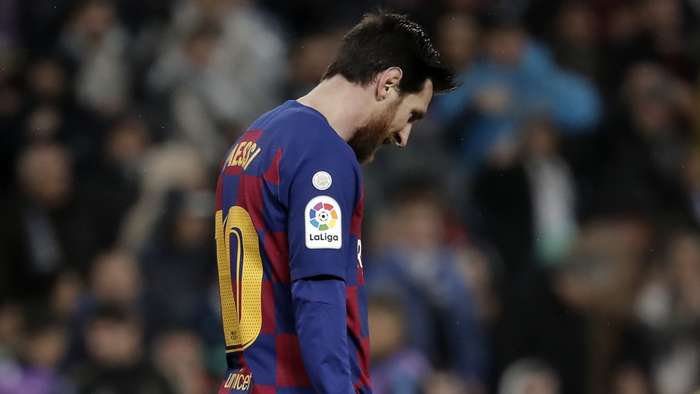 Lionel Messi has informed Barcelona of his desire to leave but new arrival Francisco Trincao hopes the club captain remains at Camp Nou.

He was presented to the media on Wednesday but much of the attention was focused on Messi, who wants to make use of a break clause in hiscontract .

Fans gathered outside of club offices on Tuesday to call for the resignation of president Josep Maria Bartomeu, who was present for a ceremonial contract signing with Trincao but left newly appointed sporting director Ramon Planes to face questions from the media.

Planes said the club were still intending to build their squad around Messi and were doing their utmost to retain his services.

Trincao expressed his excitement at joining Barca and hopes he will get the chance to play alongside the six-time Ballon d'Or winner.

"Of course I want him to stay. We'll see what happens," said Trincao.

"I arrived two weeks ago and I'm here to do my job and be a benchmark for this club.

"I am very happy to be here and I hope to be able to have many games, goals and assists.

"Everyone has had their story and I want to create mine and make history."

Messi's decision came after his close friend Luis Suarez was reportedly told by new coach Ronald Koeman he should find a new club.

Trincao is yet to speak to Koeman to find out what sort of role he can expect in his first season in LaLiga.

"I have to talk to the coach first, but I can play in all of the attacking positions," said Trincao.