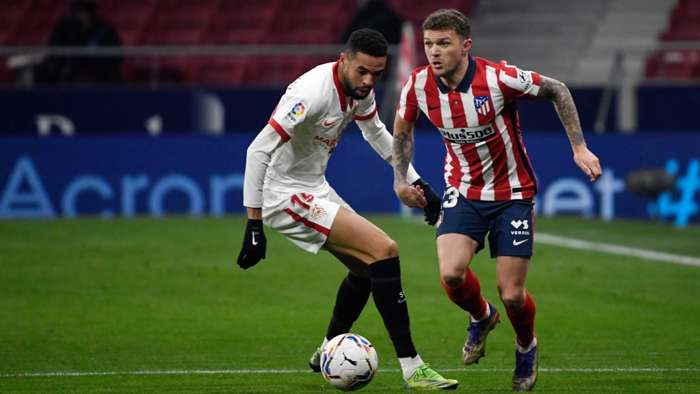 Kieran Trippier started for Atletico Madrid against Sevilla on Wednesday for the first time since FIFA temporarily lifted his 10-week ban for betting offences - and had an immediate impact, proving the assist for the opening goal.

Trippier was also fined £70,000 ($95,000) after an investigation into alleged gambling offences occurring in July 2019, which was carried out by an independent regulatory commission.

However, Atletico took exception to the decision and appealed to FIFA, with boss Diego Simeone labelling the suspension “unfair”.

World football’s governing body agreed to listen to the case and temporarily lifted the ban at the start of January, meaning Trippier was free to play for his club again.

The original suspension would have originally kept Trippier out for 12 games during the second half of the season, including the first leg of a round-of-16 Champions League tie against Chelsea at Wanda Metropolitano on February 23.

The former Tottenham defender had featured in all of Atletico’s matches this season before his suspension began and missed games against Getafe, Alaves and Cornella over the Christmas and New Year period.

However, with his ban lifted, he was thrown straight back into the starting line up for the Liga meeting with Sevilla at the Wanda Metropolitano.

Trippier showed his worth after 17 minutes, cutting the ball back for Angel Correa to score the opener.

In their written reasons for handing down the ban, the FA published messages between Trippier and his friends on WhatsApp, which included the defender telling his friends to “lump on” over his move from Tottenham to Atletico in the summer of 2019.

The commission rejected Trippier’s claims his messages were just “banter”, with his friends then placing numerous bets backing his move to Wanda Metropolitano.

Trippier’s original ban was due to end at the start of March but if it is reimposed, any delay could threaten his participation at this summer’s rescheduled European Championships.