U.S. U-23s collapse in yet another Olympic qualifying disaster 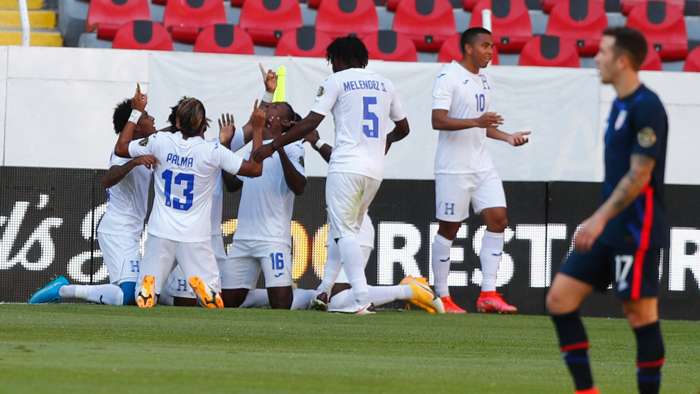 For the third consecutive cycle, the U.S. Under-23 mens national team has failed to qualify for the Olympics.

The U.S. were knocked out of CONCACAFs Olympic qualifying tournament in the semifinal round as they fell 2-1 to Honduras.

With the loss, the U.S. will not head to Tokyo this summer while Honduras will head to the Olympic games for the fourth consecutive time.

Having not been to the Olympics since the 2008 Games, the U.S. were left heartbroken on Sunday as they capitulated once again in Olympic qualifying.

Then, just moments into the second half, Honduras had a second, with U.S. goalkeeper David Ochoa smashing the ball off Honduras Luis Palma and straight into the back of his own net while trying to play out of the back.

The U.S. did find a goal moments later, with captain Jackson Yueill firing home a missile from just outside the box, but it wouldnt be enough for the U.S. to avoid yet another qualifying failure.

The U.S. has nowfallen short in qualifying each of the last three cycles, making their last Olympic appearance in 2008.

In 2012, the U.S failed to make it out of the group stage, finishing behind Canada and El Salvador after a disastrous three-game run.

Three years later, as theyaimed to qualify for the 2016 games, the U.S. looked to be well on their way after winning all three of their group stage games with a +11 goal difference.

However, matched up with Honduras in the semi-finals, the U.S. were defeated 2-0 and were then knocked out of contention altogether as they lost an intercontinental playoff to Colombia.