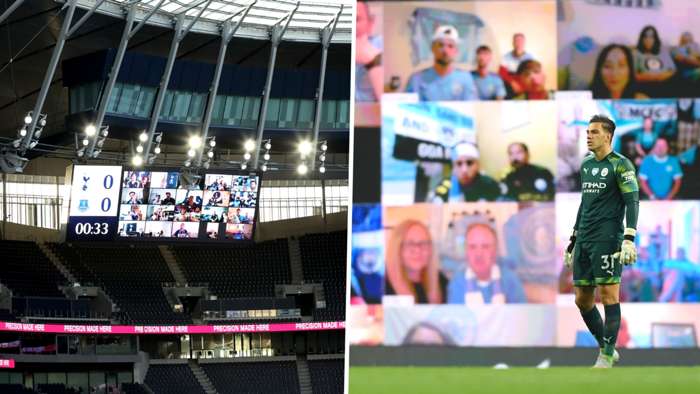 Supporters will not be allowed back into Premier League stadiums yet as British Prime Minister Boris Johnson has predicted that new government restrictions designed to contain the spread of coronavirus could be in place for the next six months.

On Monday, the Covid-19 alert level in the UK was raised to a four, meaning transmission of the virus is "high or exponentially rising", and PM Johnson has now outlinedfresh measures to halt the increase in cases.

Johnson announced the new restrictions while addressing Members of Parliament on Tuesday, stating: "First, we are once again asking office workers who can work from home to do so.

"In key public services and in all professions where home working is not possible, such as construction or retail, people should continue to attend their workplaces.

"Second, from Thursday, all pubs, bars and restaurants must operate a table service only, except for takeaways. Together with all hospitality venues, they must close at 10pm.

"And to help the police enforce this rule that means, alas, closing not just calling for last orders, because simplicity is paramount.

"Third, we will extend the requirement to wear face coverings to include staff in retail, all users of taxis and private hire vehicles and staff and customers in indoor hospitality, except when seated at a table to eat or drink.

"Fourth, in retail, leisure and tourism and other sectors, our Covid-secure guidelines will become legal obligations.

"Fifth, now is the time to tighten up the rule of six. I’m afraid that from Monday a maximum of 15 people will be able to attend wedding ceremonies and receptions, though up to 30 can still attend a funeral as now.

"We will also have to extend the rule of six to all adult indoor team sports."

Plans to bring supporters back into stadia were placed under review earlier this month and pilot events were restricted to 1,000 people in attendance.

However, government minister Michael Gove confirmed to BBC Breakfast earlier on Tuesday that pilot schemes were now on hold, as are plans for fans to return in staged phases, representing amajor blow to a struggling sports sector.

"We were looking at a staged programme of more people returning–it wasn't going to be the case that we were going to have stadiums thronged with fans," Gove said.

"We're looking at how we can, for the moment, pause that programme, but what we do want to do is to make sure that, as and when circumstances allow, get more people back.

"The virus is less likely to spread outdoors than indoors but again it's in the nature of major sporting events that there's a lot of mingling."

Sport has been taking place mainly behind closed doors in the UK since it returned following a full lockdown in March.

Approximately 300 spectators were granted access to the World Snooker Championship final at the Crucible in Sheffield, while a friendly between Brighton and Chelsea in August saw 2,500 fans allowed into the Amex Stadium.

But Gove said the decision has been taken in part due to the criticism the government received for allowing full attendances to sporting events in March, when Covid-19 was posing a growing threat.

The decision to allow the Champions League last-16 match between Liverpool and Atletico Madrid to go ahead brought scrutiny with Liverpool council probing the impact it had on the spread of the disease, while there is pressure to look into whether the Cheltenham Festival should have been permitted to proceed at full capacity.

"People look back now at the beginning of the pandemic at some of the major sporting events then and ask the question why were they allowed to go ahead," added Gove.