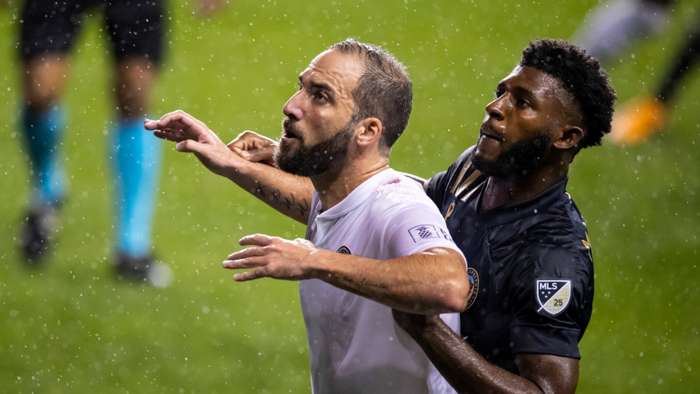 However, it could rise with performance bonuses andUnion will also have a sell-on fee, much like the one they have with Brenden Aaronsonwho was sold to RB Salzburg recently.

McKenzie's move to Genk comes amid plenty of European interest, with Celtic being among the more active in their pursuit of the young American.

However, it is Genk who havewon the race to sign the USMNT defender, who will now head to Belgium after emerging as a star during his three seasons in MLS.

“I’ve been able to coach and watch Mark develop first hand since he joined the Union Academy, and his trajectory since then has been nothing short of impressive,” said Union Head Coach Jim Curtin.

“Mark has been a reliable and skilled centre back, one of the best defenders in our league this year. His dedication to training, learning and drive to improve paired with his passion, moral grounding, and personality off the field, makes him an invaluable member of any team and locker room.

"He will most certainly be missed at the Union, but I am so proud of him and have no doubt Mark will excel with Genk."

McKenzie joined the Union academy at age 11, eventually signing on as a homegrown player in January 2018. He made his debut that April, and went on to make a total of 48 appearances for the club during his time.

This past seasonsaw McKenzie take off, as he earned a Best XI selection after helping lift Union to theSupporters' Shield.

Internationally, McKenzie has earned two caps for the USMNT and looks set to be a part of the team's busy 2021 campaign that includes the CONCACAF Nations League, Gold Cup, Olympics and World Cup qualifying.

Genk currently sitsecond in the Belgian league, having last won the title in 2019.