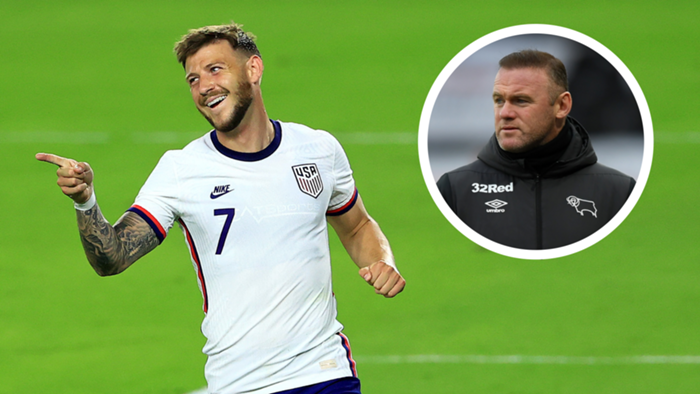 Arriola and the Swans will face Rooney's squadon May 1.

“Playing with Wayne Rooney was amazing," Arriola told Swansea City's club website. "Wayne is a great guy, he is a great player. Not just in his leadership on the field, but off it too.

“I only have great things to say about him and my experiences with him. He definitely raised my level of playing, as was the case with my team-mates at the time.

“Obviously, it is exciting for him to now be in a new chapter being the gaffer.”

Arriola has benefited from the joint loan arrival of USMNT team-mate Jordan Morris and said the Swans have been welcoming in training.

“Morrisand I play together for the national team, and we go quite a way back over a few years," Arriola said. “We had both spoken about the potential move earlier in the month, and how good it would be to be part of this club.

“It’s been a lot easier, and will be an easier transition to have a familiar face who is such a good friend around."