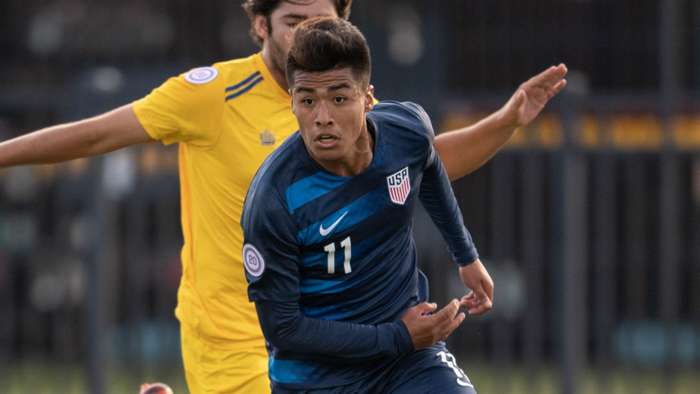 Llanez will spend the season in the Eredivisie, where he will take the No.7 shirt at Heerenveen.

The announcement comes just as Wolfsburg confirmed that the American forward has signed a professional contract with the German side, one that will keep him with the club through 2024.

Llanez, a product of the LA Galaxy academy,originally joined Wolfsburg in 2019 and instantly became a mainstay for the club's U-19 side.

The 19-year-old Californian fired11 goals in 16 matches with the U-19s, earning a look from the senior group.

Llanez was called into the first team towards the tail end of the Bundesliga campaign, where he trained with Oliver Glasner's side but was unable to make any appearances.

With that in mind, the club has opted to loan him to Heerenveen to provide first-team chances, joining a team that finished 10th in the Eredivisie last season.

"Ulysses is an agile, fast winger who is strong in one-on-one duels," said Heerenveen technical director Gerry Hamstra. "He has good skill and can score. He gives us more options on the flanks. We are happy to have a great talent as a player as well as add Ulysses to our team."

Internationally, Llanez has been a mainstay for the U.S. youth teams, featuring all the way up to the U-20 level before earning his first senior call-up in January.

As part of the annual winter camp, Llanez scored the lone goal in the USMNT's 1-0 win over Costa Rica as the teenager stepped up and took a penalty in his USMNT debut.

Despite being in his first senior camp, the forward later admitted that he knew he was going to score, with his confidence impressing USMNT boss Gregg Berhalter.

Llanez and Heerenveen are set to face Fortuna Sittard on Saturday, with the Dutch side fresh off a 2-0 win over WIllem II to open the Eredivisie campaign.