Uruguay vs Brazil on US TV: How to watch and live stream CONMEBOL World Cup qualification matches 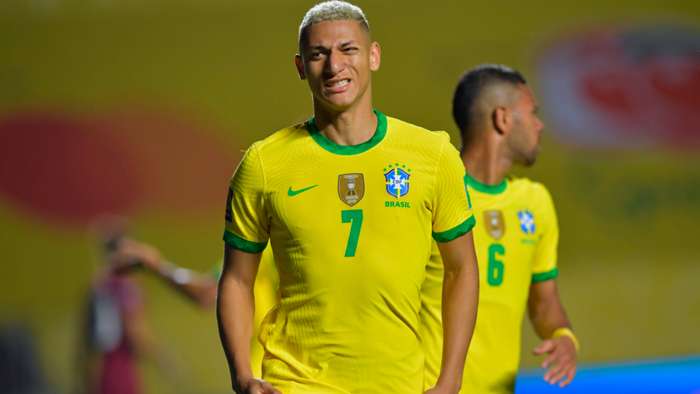 CONMEBOL World Cup qualifying returns this week as the 10 South American nations compete for a place at World Cup 2022 in Qatar.

CONMEBOL qualifiers can be watched through Fanatiz.The streaming platformoffers the option to watch each game in the US..

Uruguay endured mixed fortunes in October's opening qualifiers, squeezing past Chile 2-1 thanks to Maxi Gomez's last-gasp goal before coming unstuck at altitude in Quito as Ecuador romped to a 4-2 win.

The Celeste fared far better on Friday, breezing past Colombia 3-0 in Barranquilla to inflict a first qualifying defeat on Carlos Queiroz's charges. Luis Suarez netted a penalty - his fourth goal in just three games, all from the spot - while Edinson Cavani and substitute Darwin Nunez were also on target for the away side.

Brazil, meanwhile, ended that first double-header tied with Argentina at the top of the CONMEBOL standings as the only two sides to win both their games, downing Bolivia and Peru 5-0 and 4-2 respectively.

And the Selecao ensured it would enter the weekend in first place with victory over Venezuela last week, albeit one they were made to work for. Roberto Firmino finally broke the deadlock 20 minutes into the second half to end the Vinotinto's stout resistance in Sao Paulo, leaving the giants with a perfect nine points from nine so far.

Uruguay will have to do without star striker and its all-time top goalscorer Luis Suarez after the Atletico Madrid man tested positive for COVID-19 this week.

Oscar Tabarez will otherwise likelychoose to repeat the side that was so impressive in Barranquilla, with Nicolas de la Cruz's early withdrawal oweing to tactical rather than fitness considerations.

Brazil lost Neymar and young full-back Gabriel Menino to injury ahead of the international week but also came through their Friday fixture without selection issues.

Douglas Luiz picked up a yellow card against Venezuela and is one of only two Brazil players currently on a booking, along with Thiago Silva.