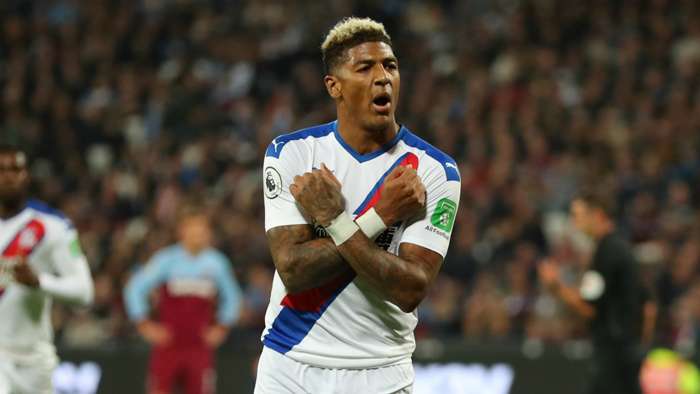 Patrick van Aanholt is good enough to play for Arsenalaccording to Roy Hodgson, who has spoken out on rumours linking the Crystal Palace star with a switch to Emirates Stadium.

The Palace defender has spent the last four years of his career at Selhurst Park, racking up 123 appearances for the club across all competitions, but his current contract is due to expire in June.

Arsenal have until 11pm on Monday to tie up a deal for Van Aanholt, who produced a stellar display during Palace's 1-0 home win over Crystal Palace at the weekend.

Hodgson thinks the Dutchman is capable of making the grade at the Emirates, but claims to have heard nothing of a potential transfer across London for the full-back as of yet.

"No, nothing I know about. Is he good enough to play for Arsenal?" the Eagles boss told the media on Monday. "Yes, but it would be a real surprise to me."

Ainsley Maitland-Niles filled in for Tierney when the Scotland international missed the 0-0 draw with Palace in the Premier League on January 14th through injury, but Arteta doesn't have many other options in a key position of the field.

It was suggested that Sead Kolasinac's return to Schalke earlier this month would force the Gunners to dip into the transfer market for fresh blood, butMartin Odegaard and Matt Ryan have been the only new arrivals so far,on loan deals from Real Madrid and Brighton respectively.

Arteta did not rule out further signings during his latestpress conference, telling reporters: "The last day of the transfer window is always unpredictable so things can happen. They might happen, they might not happen. We are on it.”