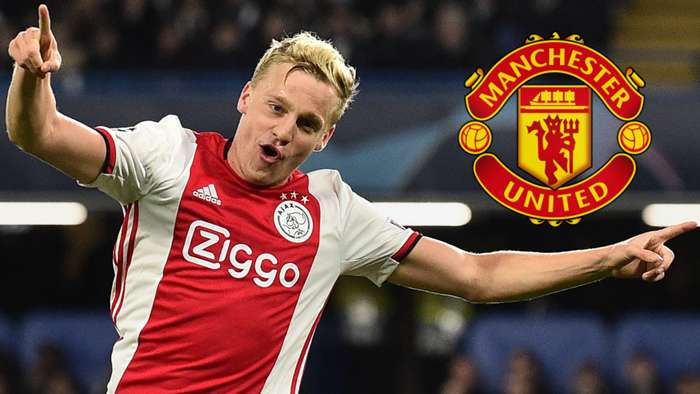 The midfielder was left out of the Ajax squad for Saturday's friendly against Eintracht Frankfurt, fuelling speculation a move to the Premier League was imminent.

Ajaxboss Erik ten Hag later confirmed Van de Beek's future at the club was up in the air and a key reason behind his omission.

The 29-year-old centre-back is currently with the Netherlands squad as they prepare for their Nations League matches against Poland and Italy.

When asked by reporters about Van de Beek’s move to Old Trafford, he gave it his seal of approval, despite the fierce rivalry between United and Liverpool.

He also expressed his delightfor fellow international team-mate Nathan Ake, who completed a move to Manchester City earlier this summer.

"The Van de Beek transfer looks like it's going to happen indeed," said the former Celtic and Southampton defender.

"From my heart, I wish him the best. It's wonderful for him, it's a nice step for him to move to a great club as a Dutch player.

"Also the same for Nathan Ake, who moves to Manchester City. I'm glad for both of them.”

Once the deal is confirmedVan de Beek will become United’s first major signing of the summer, ending weeks of frustration in the transfer market for boss Ole Gunnar Solskjaer.

Solskjaer had hopedBorussia Dortmund forward Jadon Sancho would be the first player through the door, but the club have been unable to agree a fee with the Bundesliga club.