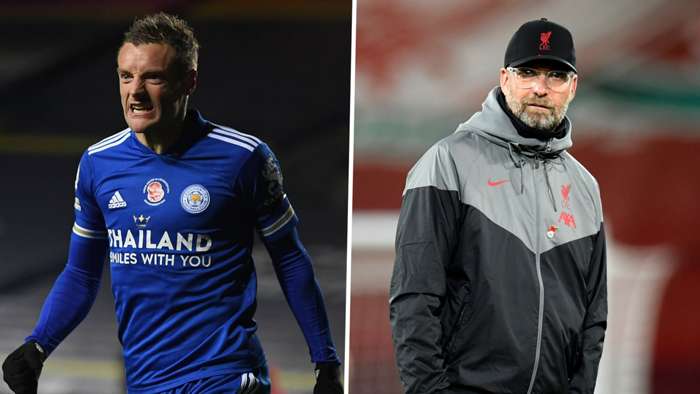 For Jurgen Klopp and Pep Lijnders, there is no doubt about Liverpool’s best performance on the road to the Premier League title.

The Reds’ Boxing Day massacre at the King Power Stadium was, according to their management team, the ultimate muscle flex in a season which will be remembered for all time.

“A pure football power demonstration,” Klopp calls it. Lijnders, his assistant, simply refers to it as “the one.”

Liverpool won 4-0 and if anything the scoreline flattered Leicester. The Foxes were supposed to be the challengers, the ones who could emerge from the pack and give the Reds something to worry about when nobody else could.

“Everyone was expecting Liverpool to stumble that day,” remembers striker Roberto Firmino. They didn’t. Firmino scored twice, his side dominant from first whistle to last amid the East Midlands gloom.

What they delivered that night was a lesson to all young pretenders. However well you’re playing, however confident you are and however much you fancy it, there’s always somebody there, waiting to put you back in your box. If you come at the King, make sure you don’t miss.

Eleven months on, Leicester are ready to come at the King once more. They will arrive at Anfield on Sunday with their confidence restored, top of the Premier League and playing with the kind of confidence and vibrancy we associate with their manager.

Brendan Rodgers, of course, had Liverpool playing that way, once upon a time.

Can the Foxes sustain their form this time around? Have they learned the lessons of last season, when they started superbly but tailed off in the New Year, giving up a 14-point lead over Manchester United to miss out on a Champions League qualification spot on the final day of the campaign?

They are certainly playing well. They have already won at both Manchester City and Arsenal this season, and were particularly impressive when sweeping aside Leeds 4-1 at Elland Road last month.

No side has conceded fewer goals in the Premier League so far, and only Chelsea and Tottenham have scored more. Rodgers’ side have also won all three of their Europa League group matches, and will secure their place in the knockout stages if they can win away at Braga on Thursday night.

That they have done so without a host of first-team regulars should not be overlooked either. Much has been made of Liverpool’s injury list – which has grown substantially over the past month – but Leicester have been bitten too.

Rodgers has, at various points, been without Caglar Soyuncu, Jonny Evans, Ricardo Pereira, Wilfred Ndidi and summer signing Timothy Castagne. James Maddison has started only two of their eight league matches, while top scorer Jamie Vardy missed the home defeat to Aston Villa and started on the bench at Arsenal.

Vardy, with nine goals in all competitions, remains the star turn, the man around whom so much of their game revolves. He turns 34 in January, but he’s as important now as he ever has been. Since Rodgers arrived in February 2019, Vardy has scored 43 Premier League goals, at least nine more than any other player.

But while the veteran has shone, the support cast Rodgers is assembling behind him is equally exciting. Leicester are young and they are hungry, and have quality throughout their squad.

Their transfer business has been superb. Year upon year they have lost key players – N’Golo Kante in 2016, Riyad Mahrez in 2018, Harry Maguire in 2019 and Ben Chilwell this summer – yet found a way to improve and develop.

They have recruited wisely, targeting players of potential and allowing Rodgers’ coaching, still underrated in the wider footballing world, to do the rest.

The benefits can be seen in the likes of Youri Tielemans, an ever-present in midfield, and the impressive Soyuncu, who was named in the PFA Team of the Year alongside Virgil van Dijk.

Maddison doesn’t turn 24 until Monday, and Ndidi not until next month, but both are already established as top-level players.

The same could be said for Pereira, who is working his way back from a serious knee injury, and it won’t be long before Castagne and Wesley Fofana, summer signings from Atalanta and St Etienne respectively, are talked about in similar fashion. Fofana, a 19-year-old centre-back, already looks one of the signings of the season – a £35 million ($46m) bargain, if ever there was such a thing.

Others have been at the club longer. Harvey Barnes joined as a 10-year-old and is now a full England international;his partnership with Vardy one of the standout features of Leicester’s play, while 19-year-old Luke Thomas, another academy product, has performed admirably since being drafted into the first team at left-back last month.

On the other flank James Justin, 22, is flourishing since his move from Luton in 2019, while the best is still to come from the likes of Kelechi Iheanacho, Hamza Choudhury, Demarai Gray and loan signing Cengiz Under, all of whom are 24 or under. Even Ayoze Perez, who seems to have been around forever, is only 27.

Liverpool, of course, know what can happen when Rodgers gets a team firing, The Northern Irishman almost delivered the Premier League title at Anfield in 2013-14, with a side built around Luis Suarez’s genius, Steven Gerrard’s experience and the youthful exhuberance of Daniel Sturridge, Raheem Sterling, Jordan Henderson and Philippe Coutinho, and it is not hard to spy the similarities between that side and this Leicester one.

Liverpool know they will face a stern examination this weekend. Klopp will be without three of his first-choice back four, with Virgil van Dijk, Joe Gomez and Trent Alexander-Arnold all ruled out through injury, while top scorer Mohamed Salah will also be absent having tested positive for coronavirus while on international duty with Egypt.

No bother, Klopp will say. His team have already navigated choppy waters this season and, eight games in, sit just a point off the top having already visited Chelsea, Everton and Manchester City.

Liverpool remember the significance of last season’s wins over Leicester – not just the 4-0 Christmas skelping, but also the 2-1 victory at Anfield last October, a result achieved courtesy of Milner’s stoppage-time penalty.

That sent them eight points clear at the top of the table, a lead they never looked like surrendering. It looks set to be a little closer this time around, but the Reds remain very much the team to beat. And they haven’t lost in the league at Anfield, remember, since April 2017.

Leicester, though, believe they have the tools to down the champions. They will arrive on Merseyside with a spring in their step.