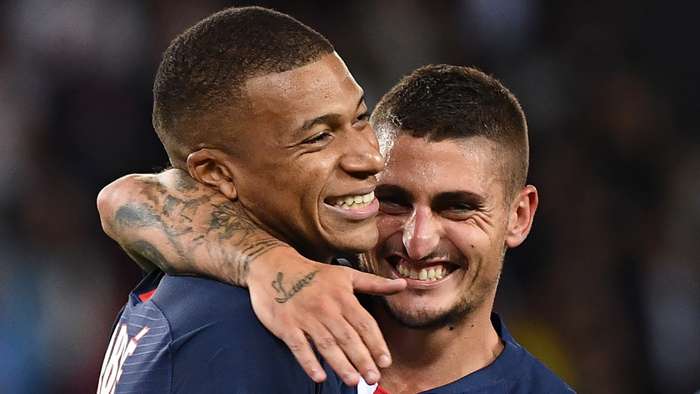 Marco Verratti cannot wait for the challenge of Paris Saint-Germain's first-ever Champions League final, describing the upcoming clash as the "most important 90 minutes" of his life as a footballer.

But after disposing of German duo Borussia Dortmund and RB Leipzig as well as Atalanta in the knockout stages to date, Thomas Tuchel's charges now face Bayern Munich in Sunday's decider with the chance to make history.

Verratti has been at Parc des Princes since moving from Pescara at just 19, and he admits that the final is the biggest game of his career to date.

"The Champions League is always difficult. So far, we've had an incredible journey," the Italy midfielder explained to reporters in Thursday's press conference.

"We have 90 minutes left, these are the most important 90 minutes of our lives as a footballer and of the history of the club. You have to be prepared.

Verratti missed out on PSG's quarter-final clash against Atalanta due to a calf injury, but made an appearance off the bench for the final eight minutes of their last-four win and insists that he is nearing a full recovery and hopes to feature on Sunday.

"I'm better, I started again slowly with the team. This injury was a bit hard to digest," he added.

"I have resumed with the group for 2-3 days and I will do everything to play the match. I was available in the semi-final. It is the coach who will make his decision."

In his absence former Manchester United star Ander Herrera has come to the fore in the engine room, and Verratti could not be more delighted for his team-mate.

"For us, this is no surprise. We already knew Ander. He's a very important player," he explained.

"This season he has had injuries that have kept him from being available on several occasions, but he still gives 100%. He made two incredible matches. We are very happy with what he does, but we do not just finding out about him here.