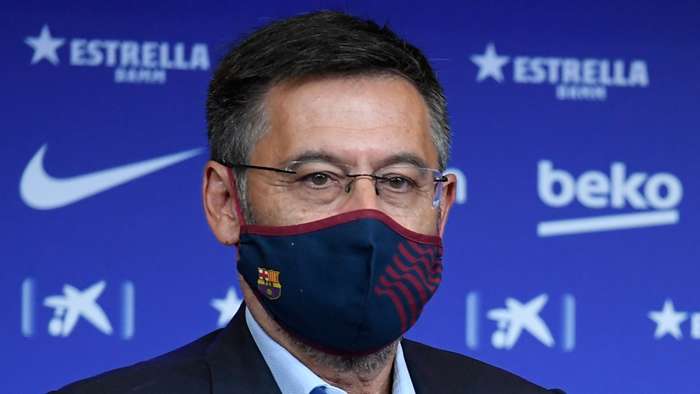 A vote of no confidence has been presented against Josep Maria Bartomeu and the Barcelona board as supporters and club members seek the immediate resignation of the president and his officials, as the Camp Nou side plunges further into crisis.

A disastrous transfer record has played its part, with the squad unbalanced to the point that Martin Braithwaite was brought in as an emergency signing due to the club having no attacking back-ups during an injury crisis.

After losing Neymar to PSG for a world record fee, the signings of Coutinho and Ousmane Dembele have been unsuccessful, with the huge windfall gained being wasted on big-money flops.

Most thought an 8-2 thrashing in the Champions League at the hands of Bayern Munich was the lowest point in Bartomeu's tenure, as manager Quique Setien was shown the door in the wake of that defeat.

However, Lionel Messi has now made it clear that he wants to leave the club, while new head coach Ronald Koeman has told star striker Luis Suarez – a close friend of Messi – that he has no long-term future in Catalunya and should find a new club.

The latest developments have forced the hand of the club's official members - known associos -with a vote of no confidence backed by presidential candidates Victor Font, Jordi Farre and Lluis Fernandez-Ala.

Leader of the Manifest Blaugrana group Marc Duch led the calls for Bartomeu and co to step down with immediate effect, stating: “We demand the immediate resignation of the current FC Barcelona board and the current state of affairs to be put in the hands of others for the good of the club.

“It is the first motion that has been made on a universal basis. We ask the members to take responsibility for the current situation of the club.”

The motion will require 16,000 signatures to go ahead, a tough ask given the global pandemic. Duch's hope is the club will make it possible for individuals to provide their support in other ways.

“It's a hindrance,” Duch added. “But we can't change the state of things. We will pass on to the club a battery of proposals to make the process as easy and safe as possible for all members. We are in the middle of a pandemic and perhaps Barca will provide other facilities.”