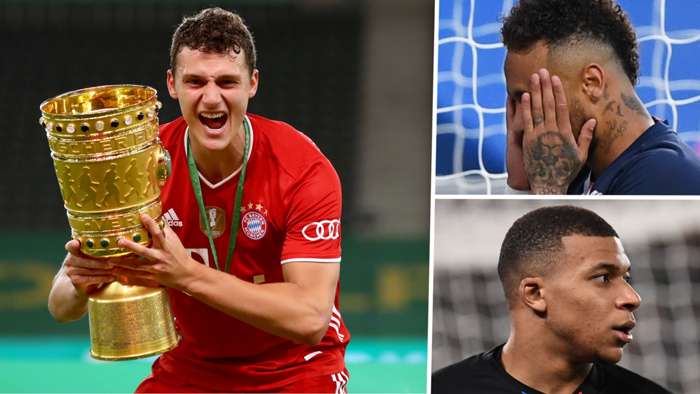 Bayern Munich don't have to be afraid of Paris Saint-Germain heading into the Champions League final, according to defender Benjamin Pavard.

PSG, meanwhile, also claimed a3-0 victory the night before against Bundesliga outfit RB Leipzigand are desperate to claim their first Champions League title.

Bayern will enter the final as favourites, though, having won 10 consecutive games in the competition, and Pavard stressed the German giants must back themselves to get the job done on Sunday.

"It's nice, it's a dream to play this competition and even more to play a final," Pavard told RMC Sport.

"It's against Paris so I'm glad it's against a French club. We knew Lyon were going to wait and block, which is what they did, but luckily they didn’t score. We play high so we leave space in behind as a result, but we were warned that if OL brokeour line they would be dangerous.

He added: "We will retain the positive attitude, we won and we will prepare as best we can for the final. There will be two great teams in the final but we are calm, no one scares us. We had a great season and we have to make it happen with this title. We are Bayern Munich."

On the threat of Kylian Mbappe and Neymar, Pavard was similarly confident in his response: "They’re a very complete teambut we don't have to be afraid of them.

"We are a great team and we showed it tonight. We are serene. We had a big season and now we have to make it happen."

Pavard, who won the World Cup with France in 2018, has recovered well from a recentankle injury that saw him miss Bayern's past two gamesand revealed the unique way he was able to channel the Champions League during his recovery.

"I feel good, the ankle is fine. I'm back three weeks early - my goal was to be with the squad," he said.