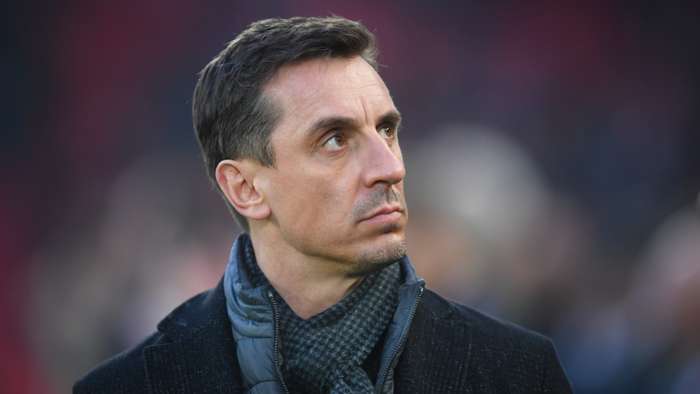 Former Manchester United defender Gary Neville is seeking a comprehensive overhaul of the way English football is run, laying out plans for a Manifesto for Change that looks to introduce more independent regulation in the game.

The woes of lower league clubs and huge financial power of the Premier League is one of the biggest concerns, with Bury going out of business and Wigan entering administration.

The Manifesto for Change proposes the creation of a new regulatory body as well as greater equality across the football pyramid, with other demands including more interaction with supporters' groups and reforms in the Football Association.

And Neville believes that the problems suffered by the game during the coronavirus pandemic show that it is time for a change.

"The principle is that we don't trust that football can govern itself and create the fairest deal for all, whether that's the Premier League, EFL clubs, non-League clubs or the fans," he explained toSky Sports.

"It has been proven over this past six months that football has struggled to bring everyone together and proven to be incapable over a 25-30 year period of transforming the money in the game into something that works for everybody.

"I want the best Premier League in the world, but I want sustainable football clubs.

"There is enough money in the game to be able to have an elite Premier League, a sustainable and competitive EFL, money passed down to non-League and grassroots and where fans can get a fair deal.

"That's where an independent regulator, with that spirit at the heart of it, can come in and say 'that's not fair'.

"I know we've got a big task in front of us, but we've got a group of people who love football and want the best for football."

Responding to the manifesto, an FA spokesman toldSky Sports: "The Football Association plays a vital role in governing and regulating English football and our league structure and ecosystem is the envy of the world. We work hard to maintain this system, with a clear focus on the wider game; not just serving the elite level, but the whole football pyramid and throughout the grassroots game.

"As English football's governing body, it is our responsibility to work together to determine what is best for our game as a whole, with full dialogue between all key stakeholders.

"As we have said this week, any changes have to be done in the right way and with a long-term perspective in mind. We are not interested in any changes that are designed to serve one area of the game, nor will we entertain ideas that are primarily in the interests of the few.

"If the Government would want to amend and increase our responsibilities and powers to further improve the system, then would be happy to discuss that with them, and of course we would consult with the leagues in the process. But most importantly, any changes must benefit clubs, fans and players across the English game.